Sen. Rand Paul Is Killing It On Twitter: 10 Tweets You Should See

Presidential candidates simply need to tweet, but there has never really been one who knows how to do it well. Enter Kentucky’s Rand Paul, a United States Senator who calls himself #DJRandPaul on Twitter, who is already way ahead of the other prospective 2016 contenders in the Twitter primary.

In a world of staff run Twitter accounts overflowing with campaign promises and political jargon, he brings candor, absurdity and personality. Between the standard tweets about current events and congressional hearings, there are music videos, Subway photos and shots of his socks. Surely not every senator can be a DJ like Paul, but they can take note that sometimes a little entertainment value goes a long way.

For those who have not yet followed, here are some of Paul’s best Twitter moments:

He offers his unique interpretations of current events. The Kentucky senator tweeted his thoughts on the President and the NSA after Obama met with Pope Francis in Vatican City for the first time.

He snaps photos of his cardboard cutout self. Is that considered a selfie?

In his free time, when he’s not tied up with his senatorial duties, Rand is apparently a DJ – at least via Twitter.

The DJ does not rest, as evidenced by the ensuing slew of music videos posted on his Twitter feed.

Sometimes he combines his double lives, offering DJ picks with a political spin.

In one tweet, he dedicates Bon Jovi’s “Livin’ On A Prayer” to Sen. Cory Booker (D-NJ), with whom he says he shares a “bromance.”

Cory Booker isn’t the only senator getting music video dedications though. Paul passively aggressively tweets not-so-subtle hints to Senate Majority Leader Harry Reid (D-NV) about getting the vote over with already, in the form of a music video, of course.

Song lyrics never seem to be far from Rand’s mind when he’s tweeting, even at the Republican Party of Texas state convention.

But his Twitter account offers more than just music. There is also a blurry selfie at Subway, which Paul seems none too thrilled about. The other man pictured is Brad Woodhouse, the former spokesman of the Democratic National Committee, who now runs the liberal opposition research SuperPac, American Bridge.

And, the GOP socks. No words. 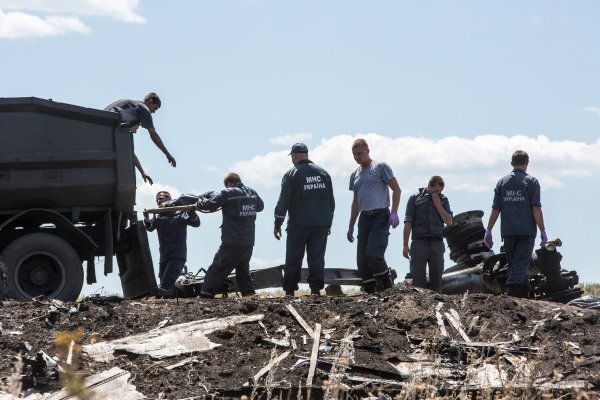 Ukraine Ready to Hand MH17 Investigation Over to Dutch
Next Up: Editor's Pick