This undated file photo is the cover of a funeral program showing 19-year-old Renisha McBride from a service in Detroit.
AP
By Maya Rhodan

Jury selection is set to begin Monday in the trial of Theodore Wafer, 55, who is charged with shooting and killing an unarmed 19-year-old Detroit woman on his front porch.

Wafer shot Renisha McBride in the head with a shotgun at his suburban Detroit home in November, after the inebriated teenager pounded on his door in the middle of the night.

Prosecutors believe McBride was seeking help from Wafer after crashing into a parked car some blocks away. The defense argues Wafer feared for his life and acted in self-defense when he shot her. Wafer has been charged with second-degree murder and manslaughter. According to the Associated Press, he faces life in prison if convicted.

The defense is reportedly working to paint McBride as aggressive and violent. According to the Detroit Free Press, the judge has ruled against allowing the jury to see McBride’s cellphone photos or text messages at the time of trial, which the defense wanted to support their claims. The jury will likely hear testimony about crime in Detroit, and the Dearborn Heights suburb where McBride was shot.

“If Ms. McBride had stayed at the scene of her car crash, where help was on the way, Mr. Wafer would never have been put in the situation … to use deadly force to protect himself,” defense attorney Cheryl Carpenter said, the Associated Press reports.

The prosecution plans to argue that the use of deadly force was unnecessary. “Someone who claims lawful self-defense must have an honest and reasonable — not honest or reasonable — belief of imminent death or imminent great bodily harm,” Wayne County Prosecutor Kym Worthy said, when she filed charges. 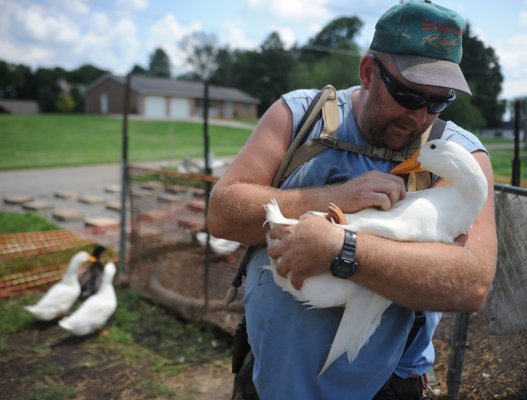