Iraq war veteran Darin Welker holds one of his ducks at his home in West Lafayette, Ohio on July 10, 2014.
Trevor Jones—AP
By Maya Rhodan

Darin Welker loves his ducks. He feeds them, looks after them, and sometimes the Iraq War veteran from West Lafayette, Ohio just watches them interact. But Welker’s community doesn’t share the same affection for his feathered friends.

On Wednesday, the Associated Press reports, Welker will appear in a local municipal court facing a minor misdemeanor charge for raising 14 ducks in violation of local village rules. He could face a fine of up to $150.

Welker, an Iraq War veteran, says he’s been raising the ducks as a form of therapy for a back injury and post-traumatic stress disorder. Welker told the AP that although the Department of Veterans Affairs paid for his back surgery in 2012, they did not provide mental or physical therapy.

In March, he got the ducks to help fill that void, after hearing raising them could be therapeutic.

“Taking care of them is both mental and physical therapy,” Welker told the AP. “[Watching them] keeps you entertained for hours at a time.”

But there is hope for Welker and his ducks. A local woman fought to keep the pot-bellied pig she and her daughter use for therapy in 2013. Mary Smith, the pig’s owner, told the Coshocton Tribune at the time that she would rather move than give up her pig. “He’s part of our family,” Smith said.

Smith obtained a letter from her doctor confirming her pig was for therapy. According to the AP, Welker has already gotten a letter from the mental health department of the U.S. Department of Veteran Affairs recommending he keep the ducks. 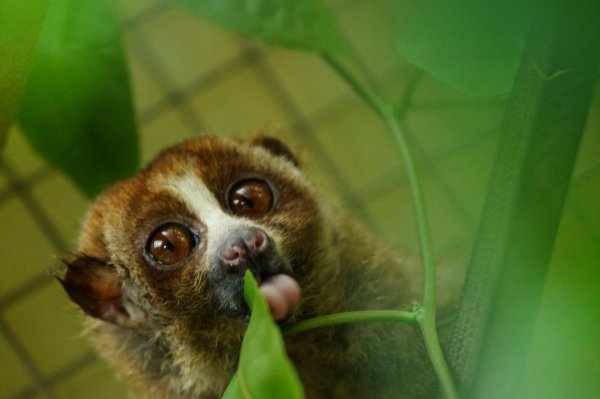 These Five Species Are Quietly Dying Off Fast
Next Up: Editor's Pick