The giant Létourneau pipe organ at Sydney’s St. Mary’s Cathedral sounded particularly somber Sunday morning as Prime Minister Tony Abbott and other Australian dignitaries joined hundreds of mourners at a service to commemorate victims of the ill-fated Malaysia Airlines Flight 17, which was most likely hit by a missile before crashing in eastern Ukraine on Thursday.

“Sister Philomene Tiernan was one of our teachers and she was killed in the crash. It has really hit our school hard,” said Kasey Brassel. Brassel was one of dozens of students from an exclusive all-girls Catholic school, Kincoppal Rose Bay, who had come to commemorate the Australian nun listed among the 298 passengers lost in the disaster. Choking back her tears, she added, “[But] we came to remember all the victims, each one of them individually.”

However, Bishop Peter Comensoli, who led St. Mary’s Sunday morning sermon, was less restrained. “The downing of MH17 was not an innocent accident. It was the outcome of a trail of human evil,” he told the packed cathedral.

Comensoli’s sentiments mirror Australia’s stern diplomatic rebuke of Russia as the country’s national death toll rose from 28 to 36 after it was revealed eight additional passengers aboard MH17 were permanent residents of Australia. “Russian-controlled territory, Russian-backed rebels, quite likely a Russian-supplied weapon. Russia can’t wash its hands of this,” Prime Minister Abbott told the Australian Broadcasting Corporation during a televised interview this weekend.

Adding fuel to the fire are reports that bodies, valuables and wreckage from the crash site are being carted off by Russian-backed Ukrainian separatists. Those separatists are also reportedly blocking inspectors from the Organization for Security and Co-operation in Europe from accessing the site, though reports Sunday indicate the rebels have recovered the Boeing 777’s black boxes and will turn them over to European aviation officials.

“No one is really in charge,” Abbott said, referring to the Ukrainian crash site. “It’s absolutely chaotic.”

Abbott has dispatched his Foreign Minister, Julie Bishop, to U.N. headquarters in New York to seek a binding Security Council resolution that would ensure Russia facilitates an independent investigation into the downing of MH17. But with Moscow holding veto power over the council and pointing the finger at Ukraine, Bishop will have her work cut out for her.

“Australia has a seat on the Security Council at this time, so it is a good opportunity for Australia to communicate its unhappiness on this matter,” says Dr. Nick Economou of Monash University’s School of Political and Social Inquiry. “But the diplomacy will be quite difficult.”

It’s still unknown if Russia supplied the sophisticated Buk missile believed to have downed MH17, or if the rebels who allegedly shot it secured the weapon from a Ukrainian military depot. Nevertheless, Australian enmity for Russia is heating up, with widespread calls to ban Russian President Vladimir Putin from attending November’s G-20 summit in Brisbane. Australian Greens leader Christine Milne outright supports blocking Putin, Opposition leader Bill Shorten says a Putin ban should be considered, while Deputy Prime Minister Warren Truss says it will be “difficult” to welcome Putin to Australia. Abbott stopped short of adding his voice to the chorus, but says Australia must ensure visitors “have goodwill to this country.”

“The G-20 is an informal economic forum. There are no rules on membership or revoking membership. So any decision has to be made on consensus, and it is questionable if it is up to (the) chair to say who can and can’t come. It would be very different to Russia’s expulsion from the G-8, when all seven other member nations acted together.”

Callaghan adds that a ban on Putin at the G-20 could spark a no-show from other BRICS, a loose association of five major emerging economies – Brazil, Russia, India, China and South Africa — which expressed serious concern in March when Australia’s Foreign Minister Bishop suggested Putin’s barring from the G-8 could be extended to the G-20.

“The G-20 is meant to be an event that brings together the largest developing economies in the world with the largest emerging economies,” Callaghan explains. “So if BRICS don’t come, what is the point of the G-20?”

Monash University’s Economou concurs, saying banning Putin from the G-20 or simply refusing him an entry visa into Australia would prove counterproductive for the G-20, as well as the investigation into the downing of MH17 and for broader global cohesion.

“Our anger with Russia must be communicated,” he says. “But with such a big and powerful player like Russia, you’re better off having them inside the process than outside it. And that will be the big dilemma for Australia further down the track.” 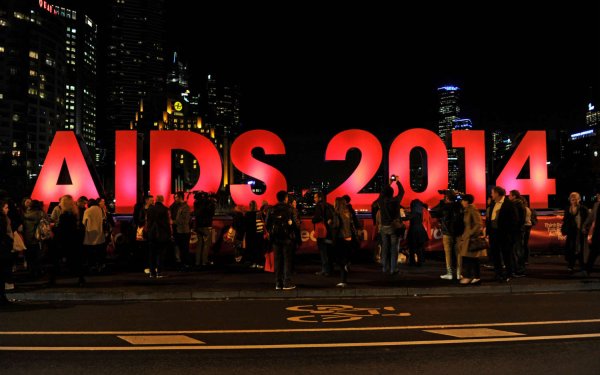