Titanfall XP Guide: Level Up Faster with These 6 Tips

Like any modern shooter, Titanfall isn’t just about killing opponents and winning matches. The meta-game of earning experience points, unlocking more items and leveling up is just as important; it’s the slow drip of progress that keeps us coming back.

But unless you pay attention to how you play, ranking up in Titanfall can be a long slog. Here are some pointers for quickly reaching level 50 and beyond:

Pick a Weapon and Stick With It…

One of the best ways to earn experience in Titanfall is to complete Challenges. These Challenges give you bonus points for completing personal goals, such as getting a set number of kills with a particular weapon or wall-running a certain distance.

Each weapon has several challenges tied to it, for things like usage time, pilot kills and total enemy kills, so there are plenty of opportunities to earn bonus points. Plus, you’ll unlock scopes, sights and extended magazines to make that weapon even deadlier, and you’ll naturally become more proficient by getting used to how that weapon works.

Each weapon has it own set of challenges, and each of those challenges has five “Tiers” that give out progressively higher rewards. But after you’ve reached the fifth tier, the bonuses stop flowing. Keep an eye on your Challenges list from the main menu, particularly the “Anti-Pilot Ordinance” and “Anti-Titan Ordinance” sections. Once you’ve finished the major challenges for a weapon (pilot kills, total kills, usage time), move on to another weapon. If you reach level 50 and regenerate, all your challenges will reset, so you shouldn’t waste time on hard-to-get challenges when lower-hanging fruit is available. You can always circle back for harder challenges later if you need to.

Use Grunts and Spectres as Challenge Fodder

Grunts and Spectres are the game’s computer-controlled opponents, filling out the battlefield even when player-controlled Pilots aren’t in the area. They’re easy to kill and don’t fight back too aggressively, but they don’t reward much experience.

Still, you can extract more value from Grunts and Spectres by killing them with grenades, melee kicks and headshots. Each attack method has its own Challenges attached, so this is a great way to rack up bonus points on easy-to-kill enemies. You’ll find it’s not difficult to melee attack a group of Grunts one-by-one, or land a grenade near a pile of Spectres.

Hardpoint is a game of territory control. Capturing and maintaining a Hardpoint gives points to your team, but more importantly, it lets you rack up easy experience points without having to kill anyone. And here’s the best part: Even if another teammate captures a Hardpoint, you can still earn experience by hanging around and keeping the point under your team’s control.

The best strategy, then, is to pick a Hardpoint and make it your sworn duty to defend it. Not only will you gain experience points directly, you’ll also have an easier time ambushing enemy invaders and earning even more points. (The shotgun and compact SMG are especially useful, since you’ll be fighting at close range most of the time.) With each game, you should earn between 2,000 and 3,000 points on Hardpoint control alone, not including any extra points you get from killing enemies. No other game mode is this lucrative.

…but Mix in Some Last Titan Standing

Last Titan Standing is a close second to Hardpoint for earning experience points — a good match could earn you upwards of 3,000 points — and it’s worth playing if only to earn the extra challenge points you get from fighting as a giant robot. As you rack up kills with Titan weapons and complete Challenges, Titanfall rewards you with increasingly larger bonuses. The same is true for other game modes, but they won’t give you as many opportunities to pilot a Titan and work on those challenges. Besides, robot-on-robot combat can be a lot of fun.

Although killing Titans rewards you with lots of experience points, fighting them can also be a waste of time, especially on foot. Certainly, you should help out your team and attack an enemy Titan when it’s distracted by something else, but don’t try to play the hero once that Titan has you in its sights. Move on, and leave the job to your own team’s Titans and to other players who aren’t being targeted.

You can, however, play the opportunist. If you see that an enemy Titan is nearing death, go on the offensive with your anti-Titan weapon, or better yet, try to run and jump onto the Titan for a rodeo attack. Landing the rodeo attack will get you some experience points — and progress toward a couple of challenges — even if you don’t succeed at bringing the Titan down.

Don’t Forget to Have Fun

It’s a game. You paid $60 for it. If you spend all your time in Titanfall grinding for experience points and not actually enjoying everything the game has to offer, you’re probably not getting your money’s worth. So take some time to ignore all of the advice above. Grab whatever weapon you feel like using, check out the Campaign mode, give Capture the Flag a try and run after Titans with reckless abandon. You may not level up as quickly, but you won’t get tired of the game as easily. 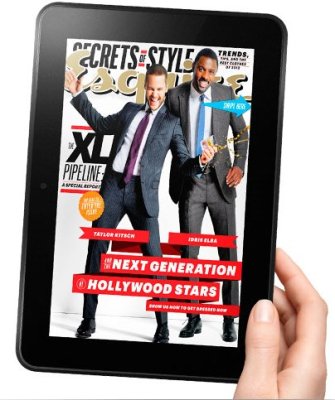