Forget for a moment how profitable streaming music services are (not terribly), or how much they’re paying in royalties to rights holders (or in particular, how much is ultimately trickling down to the artists). Those things couldn’t be more important when you get down to it, but they’re also intangible figures we’re left to speculate about, since full disclosure of a revenue network as complex and legally tortuous as the music industry’s is inconceivable.

So let’s talk about what we do know, in the wake of curation-angled streamer Pandora hiking its rates by a buck a month, and revisit how the top music services currently available in the U.S. stack up from a subscription pricing and features standpoint.

The chart below summarizes what I believe most are looking for when weighing options: catalog size, maximum streaming quality (note that in most — if not all — cases, the streaming quality will be lower if your connection is slow or fickle), platforms supported and pricing.

I’ve done my best to provide the most up-to-date info, but bear in mind that streaming services are moving — and in some cases murky — targets: not all services update information like catalog size routinely, and where you’re talking about millions of songs and ongoing catalog negotiations, it probably changes frequently. I’ve also tried to list all of the most notable platforms, mobile or otherwise, but a few of these services support a smattering of others (Sonos, Roku, etc.) that I’ve left out for brevity’s sake.

Created by musician/producer Dr. Dre and Interscope/Geffen/A&M chair Jimmy Iovine to replace MOG, Beats Music (reviewed by my colleague Harry McCracken here) has been described as a hybrid of Spotify and Pandora: a sort of middle ground, on-demand music service that marries the former’s expansive catalog and direct control of it, to the latter’s “What do I listen to next?” taste curation — though in Beats’ case, it emphasizes listening lists cultivated by human tastemakers over rote computer algorithms. Streaming quality is strong, at up to 320 Kbps.

Monthly cost: $10 individual, $15 family (up to five members on up to 10 devices, exclusive to AT&T Mobility).

I had mixed feelings about Google Play Music when it launched last May with fewer perks than a service like Spotify. But if you prefer Google’s online app-related modus operandi, Google Play Music lets you upload up to 20,000 songs of your choosing (accessible across all devices), or for $10 a month, access its catalog of 20 million songs, listen to them offline and create playlists as well as themed radio stations with unlimited skips.

Launched in 2006, Grooveshark is arguably the black sheep of the bunch if you factor turbulent relations with publishers into the equation: the company, which offers a vast catalog of music through a web interface and Android devices, has been embroiled in legal battles for alleged copyright violations for years (for which Apple eventually kicked it off the App Store, thus it’s not an iOS contender). But on the features front, it’s an interesting amalgam of elements, allowing you to upload your own MP3s, see what friends have been listening to (or subscribe to their playlists) or fiddle with recommendation algorithms derived from users’ ratings of songs.

iHeartRadio is the only completely free service in the mix, with ad-free streaming of some 15 million songs supporting multiple platforms. The kicker, of course, is that it works like an actual radio station, meaning you can nudge it in a musical direction, but you’ll have to listen to its picks.

Apple’s approach to streaming music is an extension of its iTunes application, thus restricting it to Apple products or iTunes-supported platforms. You gain access to Apple’s impressive catalog of some 26 million tracks, but like Pandora and iHeartRadio, you’re restricted to giving the service directions by selecting an artist, song or genre, then listening as it queues a medley of related tunes, with a limit of six skips per hour (per station).

One of the oldest members in this list, Last.fm is a free (no ads) music recommendation tool that keeps track of everything you’ve listened to — a feature endearingly known as “scrobbling,” though Last.fm’s contemporary rivals now offer the same essential functionality — to devise music recommendations. The service has a unique Wiki-like angle, in that users can collaborate to provide annotative material for tracks.

The catalyst for this piece was Pandora announcing a fee hike for ad-free music by $1 a month, effective this May (according to Reuters, it’s to cover escalating licensing costs). The only trouble with an automated music streamer like Pandora — another of this list’s oldest members — is the size of its comparably diminutive music catalog: just a million songs. The service’s curation process masks this somewhat, but even at the free-with-ads end of the pool, the service is starting to look awfully threadbare, massive listener base or no.

Arguably one of Spotify’s chief rivals in terms of dynamism and value, Rdio offers moderate-quality streaming of a Spotify-sized music catalog with offline playback support, robust social networking features and one of the friendliest interfaces of the bunch.

Spotify’s other major rival, Rhapsody, offers a sprawling subscription as well as MP3 download service that’s grown from 16 million songs just a few years ago to 32 million today (thanks in large part to the service’s acquisition of Napster in 2011). Part of Rhapsody’s appeal is its breadth: I’ve listed the primary platforms in my chart above, but according to the company, the service is available on “more than 70 consumer electronics devices.”

Before Beats Music, Slacker Radio was doing “expert”-created music stations (by professional DJs, says Slacker), and that’s still one of its selling points, offered in either free-with-ads or pay-to-zap-ads tiers. It’s another of the automatic curation streamers, meaning you’re left to the whims of its algorithms (based on your selections), though there’s a premium service option that gives you ready access to select songs on demand.

Probably the best known streamer of the bunch for its meteoric rise in recent years, Spotify offers high fidelity streaming and a robust 20-million song catalog across a range of platforms with conventional social networking options, all for a flat take-it-or-leave-it $10 a month. The trouble with Spotify these days is that its desktop interface could do with a radical overhaul, and it’s arguably flushing revenue down the drain by ignoring the demographic clamoring for a family subscription option.

Fire up Xbox Music and you’ll almost be seduced by its elegant promise: 30 million on-demand songs (the largest catalog going), a visually pleasing interface, a “smart DJ” radio feature, a cloud-match service for your local tunes and solid multi-platform support. But then the kickers kick in, chief among them the fact that Xbox Music is an embedded subscription: you’ll need an Xbox Pass ($10 a month) subscription for unlimited streaming, plus a $60-per-year Xbox Live subscription if you want to listen on your Xbox.

Monthly cost: $10 individual, plus $60 a year for Xbox Live for Xbox subscribers. 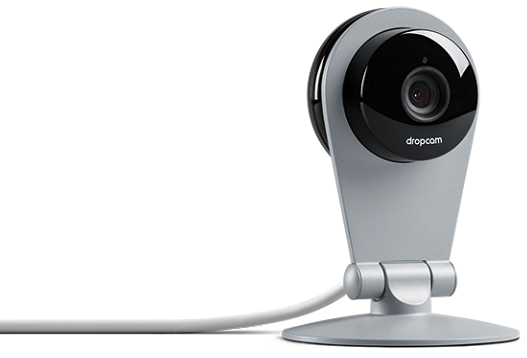