Emergency workers carry a body at the crash site of Malaysia Airlines Flight MH17, near the settlement of Grabovo in the Donetsk region, July 19, 2014.
Maxim Zmeyev—Reuters
By Simon Shuster

The engine of the old Zil military truck sputtered as the rebel fighter put the gearbox in reverse, mixing the smell of exhaust fumes with the sickening stench of death already hanging in the air. Behind him on the side of a country road in eastern Ukraine was a row of corpses, roughly two dozen in all, concealed in black body bags. They were some of the victims of the Malaysia Airlines crash that took nearly 300 lives on Thursday, and as the driver moved his makeshift hearse into position alongside them, he came within a couple feet of driving over one of the bodies before a few of his buddies yelled for him to stop.

Whatever hopes remained of a thorough and professional investigation of the crash ebbed away on Saturday evening as the workers began to lift the bodies into the bed of the truck, stacking them on top of one another. They all refused to say where the victims were being taken. They refused to say whether the flight recorders had been found among the debris, which was scattered over an area several kilometers in diameter. “Just let us work!” one of them snapped at a TIME reporter. “We’ve been here for three days, sleeping three hours a night in the fields with the corpses all around us.”

But that hardship probably pales in comparison to the suffering the victims’ relatives are experiencing. So far no relatives of the victims have been to the crash site, which lies inside the region of eastern Ukraine that is controlled by pro-Russian separatist militias. Their fighters, who are widely suspected of shooting down the plane in the first place, possibly by mistake, have refused even to allow a group of European observers to fully inspect the crash site.

“Unfortunately the task was made very difficult,” said Michael Bociurkiw, a spokesman for the Organization for Security and Cooperation in Europe, or OSCE, which sent a delegation on Thursday to monitor the wreckage and the condition of the victims’ remains. “Upon arrival at the site,” he added during a press conference on Friday, “we encountered armed personnel who acted in a very impolite and unprofessional manner. Some of them even looked slightly intoxicated.” One of the gunmen fired shots into the air, Bociurkiw said, and the observer mission left after about an hour.

The OSCE observers’ access was not much better on Saturday, when the local workers – who were dressed in the uniforms of emergency personnel – waited until the foreign observers were gone before they began loading the dead into the trucks. Outrage over the apparent disrespect for the dead, the obvious contamination of the crime scene, and the lack of access for relatives, has poured in from around the world. But it seems to make little difference to the rebel commanders, who turned two regions of eastern Ukraine into lawless breakaway republics about three months ago. Every arm of the Ukrainian government – from traffic police to coroners – have effectively abandoned these territories to the rebels.

Even accessing the site on Saturday from the nearby city of Donetsk required passing through at least four rebel checkpoints, where haggard and stone-faced gunmen peered into the passing cars, checked the documents of their passengers and sometimes rummaged through the trunks and cabins in search of weapons. Many of the fighters are poorly trained and mishandle their weapons, switching off the safety switches on their Kalashnikovs and holding their fingers on the triggers as they interrogate motorists and passersby.

Numerous cases of kidnapping and violence have occurred at the rebel checkpoints over the past few months, so the Ukrainian government has discouraged the victims’ relatives to pass through these regions. “Our efforts to arrange the procedures [at the crash site] in a proper way are being impeded by the terrorists,” Ukraine’s foreign ministry said in a statement to the victims’ families on Friday. The ministry offered to put the relatives up at hotels in nearby cities outside of rebel control, where they would have to endure the agony of waiting to see the victims’ bodies.

It is impossible to say with certainty how long that wait would be, but with every day that passes, the rebel fighters who control the crash site have more time to tamper with the evidence of what actually happened over the skies of eastern Ukraine on Thursday afternoon. Unless their commanders are forced, pressured or convinced to allow outside investigators to access the wreckage and the remains of the victims, there may never be closure in the case of Malaysia Airlines Flight 17. 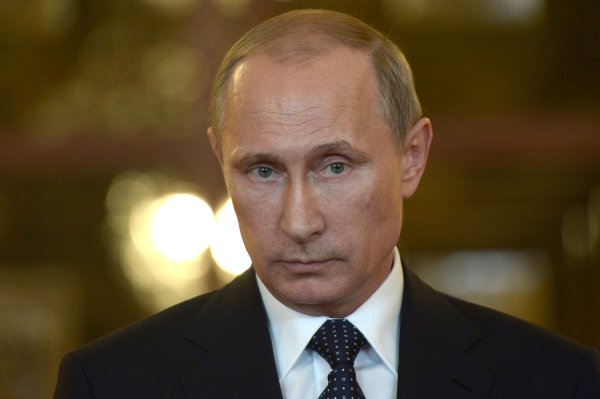 Russia's Spin Job of the MH17 Crash Brings Back Soviet Memories
Next Up: Editor's Pick