Correction: The original version of this article incorrectly described which Apollo 11 crew members walked on the moon.

On July 16, 1969, a small group of astronauts took one small step for man, and one giant leap for mankind.

It’s been 45 years since Buzz Aldrin and Neil Armstrong became the first people to walk on the moon, leaving those back on Earth to stare at their television screens in awe. The men spent two hours collecting lunar rocks to bring back home to Earth to study.

To commemorate the milestone, the Slooh Space Camera will broadcast live footage from the moon on Sunday, July 20, at 8:30 E.T. 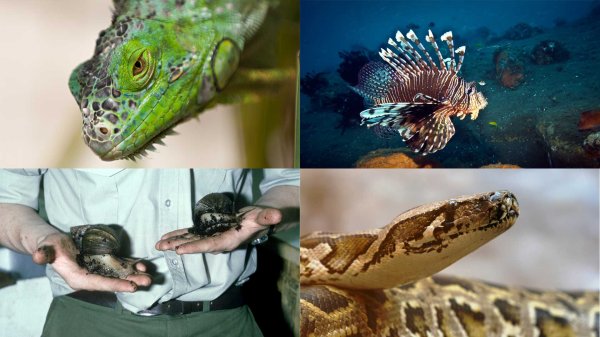 The 5 Worst Invasive Species in the Florida Everglades
Next Up: Editor's Pick