Prince George during a visit to the Sensational Butterflies exhibition at the Natural History Museum, London, July 2, 2014, in a photo released on July 19 to mark Prince George's first birthday.
John Stillwell—AFP/Getty Images
By Joan E. Greve

The world’s most powerful baby celebrates his first birthday on Tuesday, and parents Will and Kate have decided to grace the world with new photos of their little Prince George. The apple-cheeked heir has had a busy first year, filled with public playdates, a magazine cover, his very own currency and a serious friendship with family dog Lupo.

The United Kingdom Press Association released a new photo of the Buckingham baby on Saturday, from an earlier visit to the “Sensational Butterflies” exhibition at the Natural History Museum with his parents. The Duchess of Cambridge Catherine is a patron of the museum. Two more photos of the royal family are expected to be released Monday. 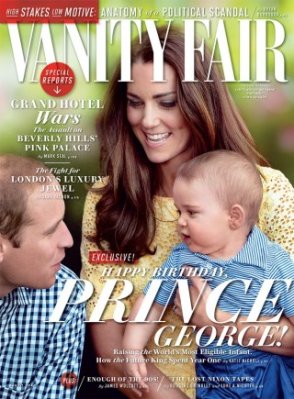