Israeli soldiers march in southern Israel near the border with Gaza, on July 18, 2014, the 11th day of Operation Protective Edge.
Xinhua—Sipa
By Ilene Prusher

As Israel pushed forward Friday with its first ground invasion of Gaza in more than five years, Israeli Prime Minister Benjamin Netanyahu indicated that a bigger operation was likely to unfold in the coming days and weeks.

“My instructions, and those of the Defense Minister, to the [Israeli Defense Forces], with the approval of the Security Cabinet, are to be ready for the possibility of a significant expansion of the ground operation, and the Chief of Staff and the IDF have prepared accordingly,” Netanyahu said in a Friday speech.

Netanyahu used the address to explain to Israelis why he’s moving forward with a ground war that will put Israeli soldiers in harm’s way and is liable to engender already-mounting international criticism for the innocent lives that will inevitably be lost along the way.

“We chose to commence this operation after we had exhausted the other possibilities,” Netanyahu added, “and with the understanding that without action, the price that we would pay would be much greater.”

The price that both sides will pay is yet unknown. 270 Palestinians have been killed so far in this most recent wave of violence, and more than 2,000 have been injured, while two Israelis have been killed and about 10 Israelis injured. The human cost of the conflict is unpredictable in part because Israel has not yet decided how far it’s going in Gaza, and, therefore, what its exit strategy should be. Israeli Defense Minister Moshe Ya’alon said Friday that the operation would continue “until it’s necessary and until the quiet returns.”

The main target of Israel’s ground invasion of Gaza are secret tunnels linking it to Israel, like the one Israel says Hamas militants used this week in an attempt to infiltrate and attack it. Still, Yuval Steinitz, Israel’s Minister of Strategic Affairs, said that Israel’s “Operation Protective Edge” could result in Israel taking control of the entire Gaza Strip.

Some members of Netanyahu’s cabinet, such as Foreign Minister Avigdor Lieberman, have been vocal about their assessments that the only solution in Israel’s eyes is a reoccupation of the Gaza Strip. Israel seized Gaza in the 1967 Six-Day War, and didn’t remove its settlers and soldiers from the region until 2005, nearly 40 years later.

But Azriel Bermant, a research fellow at the Institute for National Security Studies at Tel Aviv University, says that re-taking control of the Gaza Strip is considered an extreme option among Israel’s security policy-making circles, and is probably some combination of bluster and wishful thinking on the part of rightists like Lieberman. Netanyahu, Bermant says, is more “risk-averse” and unlikely to want to make a move that would not only be condemned internationally and lead to casualties on both sides, but could also further complicate things in Gaza.

“The problem with talk of overthrowing Hamas is that you don’t want to leave Gaza in a state of chaos, and you have no idea what will replace it. Given what’s going on in the region, I don’t think anyone really wants to take that risk,” Bermant said, referring to ISIS, the Islamic State in Iraq and Syria, which has taken control of major swaths of Iraq after pouring over from Syria’s border amidst that country’s ongoing civil war.

Netanyahu is seen domestically as having been patient — if not downright dovish — in his reluctance to launch the ground invasion that many politicians and army top-brass had begun to see as inevitable several weeks ago. But an attempted infiltration Thursday, in which the IDF spotted 13 Palestinians who successfully entered southern Israel through an underground tunnel they had dug from Gaza, made it easier for Israel to chose its moment.

“The last straw was this attempted invasion yesterday,” Bermant adds. “From that point onward Netanyahu must have felt he couldn’t hold back. It was just what he needed, and with rocket strikes continuing, putting almost the entire Israeli population at risk, it all added up to having to start the ground campaign that Netanyahu tried to avoid.”

So far, both Israeli and Palestinian sources say that Israeli soldiers have not made their presence felt in highly populated areas, but have instead focused on destroying tunnels that are along the perimeter of Gaza and Israel. The IDF said in its Hebrew Twitter feed that the ground campaign had some 150 “terror targets” on its list, and Israel Radio reported that 18 tunnels were foremost among these.

The stage B and C that Steinitz referred to could include going into urban areas – Gaza City as well as the strip’s many refugee camps – in search of rocket launchers and rocket stockpiles. Israeli soldiers were sent to do this kind of high-risk, house-to-house combat during Operation Cast Lead in 2008-9, and also in the West Bank during the Second Intifada. Few want to get to a Stage C, which could mean a reoccupation of the Gaza Strip for a period of months, says Dr. Jonathan Spyer, an analyst at the Gloria Center at the IDC Herzliya.

“As of now, they’re not headed that far into Gaza. If it stays focused on the tunnel openings, then they might stay quite close to Gaza’s border. But my sense is that if the rocket fire on Israel continues, it raises the possibility of a further incursion.

“A large element of this is punitive: to punish Hamas in order to build deterrence,” Spyer adds. “But I don’t think there’s any intention of reoccupying Gaza and bringing down Hamas as an authority. Israel has no realistic options in that matter – I don’t think that [Palestinian President] Mahmoud Abbas can just receive the Gaza Strip from Israel on a silver plate. We’re also not going back to 1992 with an open occupation of the Gaza Strip.”

After all, regime change has been tried in the region before – and looking east to Iraq, it seems it rarely turns out well. 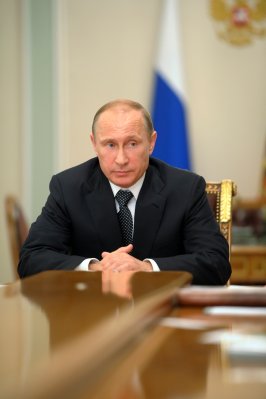