A rescue worker uses sticks to mark the location where bodies of victims have been found at the site of the crash of a Malaysian airliner carrying 298 people from Amsterdam to Kuala Lumpur in Grabove, in rebel-held east Ukraine, on July 18, 2014.
DOMINIQUE FAGET—AFP/Getty Images
By Rick McCullough

In the wake of such aviation catastrophes, questions arise about the aircraft capabilities and the procedures by which it’s operated. Is the Boeing 777 aircraft safe? Why was this airline flying over eastern Ukraine, where the government is currently fighting Russia-backed separatists?

Airlines routinely fly over areas of conflict if they deem it safe and reasonable to do so. The reason is simple: it’s the shortest route and saves fuel. Some U.S.-based airlines regularly transit Pyongyang’s airspace near North Korea, and have done so without incident. To my knowledge, no U.S.-based carrier would avoid that route, if available.

Some decisions affecting flight safety are made by governmental agencies like the Federal Aviation Administration in response to obvious threats. Most, however, are made internally by the Captain and other qualified personnel of the airline, but there are no universal standards among airlines. One can read the headlines this year and see the results of some of those differences. There are large variations in culture, experience, philosophy and conservatism. Some airlines hire pilots with little or no professional experience. Major U.S. and European-based airlines tend to have the mindset and resources to pursue a high level of safety and attract highly experienced pilots. That experience level factors greatly into the ability to recognize and manage risk.

Airlines have departments to monitor areas of possible risk, such as hostile activities in overflown countries. Flight risks evaluated include areas of regional conflict, moderate or severe turbulence along the flight route and weather hazards. The Captain, dispatcher and flight crew discuss areas of possible threat prior to any flight and agree upon an alternate route if needed, avoiding the risky areas. This is a normal and routine process. When the 2011 volcanic eruptions in Iceland threw ash into the path of jets transiting the area, flights planned around the affected airspace.

In early April, U.S.-based airlines voluntarily agreed to a FAA request to avoid operations near the Russian border. Shortly thereafter, the FAA issued a notice prohibiting U.S. flights over Crimea and some parts of Ukraine. A few days prior to Thursday’s reported shoot-down, the Ukrainian government restricted the airspace over eastern Ukraine between 26,000 and 32,000 feet. Malaysia Airlines Flight 17, operating at 33,000 feet at the time of its destruction, skimmed just above this zone and was technically “safe,” according to the Malaysian Transport Minister. As a result of Thursday’s crash, Eurocontrol, the European air traffic management organization, has now instructed pilots to avoid the area of conflict in eastern Ukraine.

When flying over areas of potential conflict, clear, effective communication is important, as is precise navigation and adherence to local air traffic control procedures. Navigation errors are increasingly rare because cockpit procedures are standardized and modern aircraft navigation systems are amazingly accurate. The Boeing 777 is a fly-by-wire aircraft, which means there are no direct mechanical connections or cables between the flight controls in the cockpit and the various control surfaces on the wings and the tail. The flight controls are controlled electronically, with multiple layers of backup in case of electrical failures. Yet the aircraft is always completely under the pilot’s control. Most modern large airliners in normal international operation navigate by GPS satellites, laser gyro platforms so accurate that they can sense Earth’s rotation, and ground-based navigation beacons. Such navigation systems can keep a large jet within a few lateral feet of its planned flight routing, even after several thousand miles of being airborne.

Deviations or mistakes are usually a result of poor voice communications or procedural error. International procedures require aircraft transiting foreign airspace to identify themselves near the specific country’s boundary prior to entering. But according to a company statement, Malaysia Airlines lost contact with the plane at 14:15 GMT, approximately 50 kilometers from the Russia-Ukraine border. The radios aboard modern aircraft like the Boeing 777 can also send electronic position reports to some air traffic control facilities. If normal procedures are followed, there should be no surprises in terms of airspace entry.

As a Captain experienced in international flight, I would have been uncomfortable flying in that region of conflict. Military aircraft had been shot down in the recent past, so at least one of the combatants obviously had that capability. Weather deviations might force my aircraft even further into the region of conflict. Flying a route that avoided the conflict zone would have required some additional fuel and time, but would have been the safer course of action in light of the warnings issued by the Ukrainian government and the FAA.

As recovery and investigative efforts begin, speculation will abate and the facts will emerge. Airlines, pilots and governmental agencies will probably become more conservative in their risk assessment and choice of aircraft routing. Procedures will be altered to adapt to yet another threat. That is the nature of aviation, constantly evolving and adapting in pursuit of safer flight.

Capt. Rick McCullough, working for Aero Consulting Experts, has held a variety of managerial, instructor and evaluator positions on Boeing jets and currently flies the B-747-400 internationally. 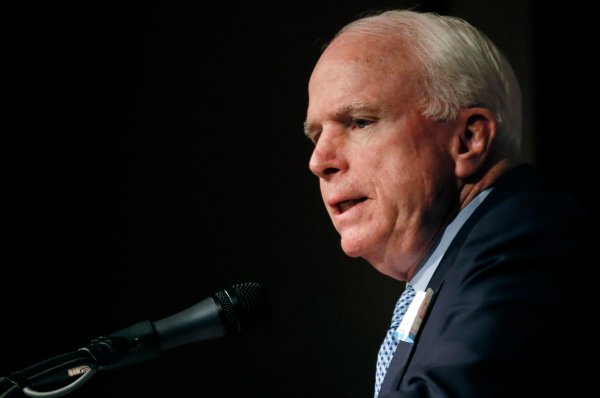