While the family and friends of passengers on Malaysia Airlines Flight 17 are searching for answers, another family is counting their blessings.

Barry and Izzy Sim, along with their baby son, had planned on boarding the very flight that later crashed in eastern Ukraine on Thursday. But when they arrived at Schiphol Airport in Amsterdam, the couple were told there were not enough seats on the plane for all of them. Instead the family switched to a later flight with KLM airlines.

“We were supposed to be on that flight,” a visibly emotional Izzy Sim told the BBC, after learning that their original flight had crashed. “There must have been someone watching over us and saying ‘you must not get on that flight.'”

All 298 aboard the flight were killed in the crash. Of those aboard, 154 people were from the Netherlands, 27 from Australia, 43 from Malaysia, 12 from Indonesia, 9 from the United Kingdom and others from Europe, the Philippines and Canada, according to a statement from Malaysia Airlines.

“You get this sick feeling in the pit of your stomach,” said Barry, describing his reaction to the news that the plane had crashed. “We started getting butterflies. Your heartbeat starts going.”

But Barry, originally from Scotland, said the family was still planning on flying to Malaysia, despite the tragedy. “In my mind, lightning never strikes twice in the same place so I am still philosophical that you get on the flight and you go about your life,” he said. “I know my wife doesn’t feel like that. Probably the last thing she wants to do now is fly, especially to Kuala Lumpur.” 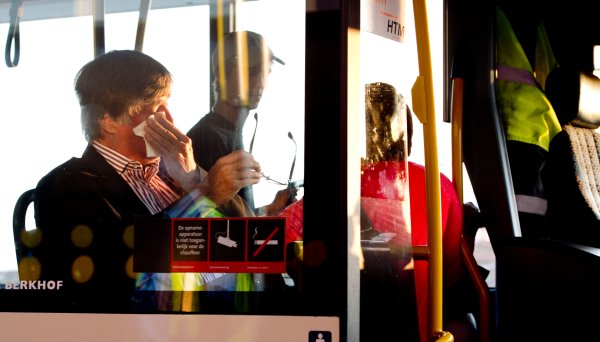 It Looks Like an MH17 Passenger’s Photo, and It's Gone Viral
Next Up: Editor's Pick