Israel Launches a Ground Invasion of Gaza. No One Knows How It Will End

Israeli Prime Minister Benjamin Netanyahu said on Friday that the military is prepared for “significant expansion” of a ground offensive that saw Israeli tanks roll into the Gaza Strip on Thursday, after 10 days of aerial bombardment.

“At this point all options are on the table,” said Lt. Libby Weiss, a spokesperson for the Israel Defense Forces (IDF). “It’s not bound by time, [it’s] more bound by objectives — to strike a blow to Hamas’ ability to carry out terror attacks against Israel.”

Journalists were told they had 30 minutes to evacuate seaside hotels in central Gaza City, a clear indication that Israeli operation will not be limited to the border areas. Weiss said the reach of the offensive would be continually assessed on strategic grounds. Israel has been amassing tanks and artillery on the border for more than a week and has called up 40,000 reserve soldiers. Since the launch of the offensive, the army has called up 18,000 more in next step of the 10-day-old Operation Protective Edge.

The ground invasion started hours after a temporary cease-fire on Thursday morning, which many hoped would lead to an official end to the hostilities. Palestinian and Israeli officials had been in Cairo, as Egypt attempted to broker a deal between Hamas and Israel. Those attempts have clearly failed. U.S. Secretary of State John Kerry is expected in Cairo Friday in an effort to continue the talks.

Although there has been only one Israeli fatality from the more than 1,000 rockets fired from Gaza during this escalation — thanks in part to the success of the Iron Dome anti-missile system — the Gaza invasion will put Israeli troops in the line of fire. On Friday, an Israeli soldier and 20 Palestinians were killed as the operation went under way. In 2008, Israel’s Operation Cast Lead left nine Israeli soldiers dead, and another four killed by friendly fire. For Israel the objective is the conclusive destruction of Hamas’ infrastructure and military capability — an objective that Israel feels can’t be achieved with air and missile strikes alone. Officials wouldn’t say how many troops would be entering Gaza but said they would be supported by Israel’s air force and navy, and there will almost certainly be to be rising numbers of fatalities with the onset of the ground invasion.

But Israel’s army will not bear the brunt of the casualties. Already 200 Palestinians, mostly civilians, have already been killed by Israeli strikes, and ground combat will put more at risk. At least over 1,300 Gazans were killed in Cast Lead and already four have been killed since the start of the invasion tonight.

For its part, Israel claims it had no choice but to launch the invasion. “It’s clear Hamas is rejecting multiple offers to de-escalate the situation,” said Lt. Weiss. But Hamas was looking for more than just a ceasefire. The militant group wanted end of restrictions on the blockaded territory of 1.7 million people and the release of Palestinian prisoners arrested in the last month, many of whom were swapped for captured Israeli soldier Gilad Shalit in 2011 but re-arrested in violation of the agreement. Osama Hamdan, a Hamas spokesman based in Beirut, told CNN’s Wolf Blitzer on Wednesday: “No one is talking against having a cease-fire, but we want a fair cease-fire to protect our own people for a long time, to protect them from the Israeli military attacks, from the siege, from the arrests.”

And while Hamas’ rockets have had almost no effect on Israel, the group has said its al-Qassam brigades are ready to engage in combat with Israeli forces. Meanwhile, as Israel pursues its military objective and combat escalates, it’s the civilians in Gaza, as always, who will suffer — like the four children killed by an Israeli strike in front of foreign journalists on July 16. Most Gazans cannot leave the strip, and thousands have already been internally displaced thanks to Israeli bombardments. With thousands injured, medical facilities are already stretched thin — and the war may only be beginning. 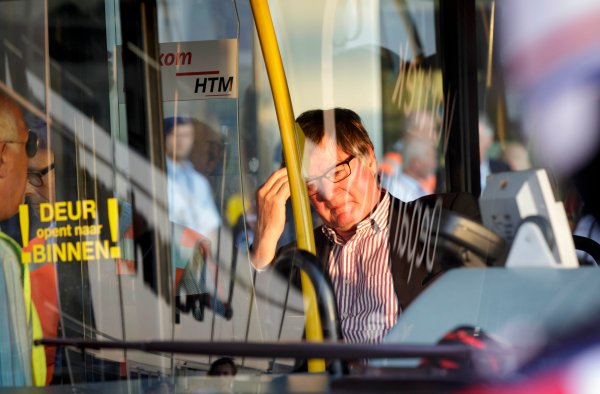 Anguish in Amsterdam as Families of Passengers Arrive at Airport
Next Up: Editor's Pick