Flight MH17: What the Wreckage Is Already Revealing

With the crash of another Malaysia Airlines Boeing 777, this one in eastern Ukraine, aviation accident investigators are again asking the same big questions as in any disaster: What happened and why did it happen? In the case of the disappearance of MH370 this spring, the answer at this point on both counts is that no one knows. This will not be the case with MH17. We already know a lot about what happened — if not why.

To start with the obvious, we already know where the airplane is. Searchers, many of them local residents, began finding wreckage the bodies of the victims almost immediately after the crash.

The location of the wreckage holds easy clues to what happened. It might also hold some elusive ones.

The operating theory is that a ground to air missile took out MH17 while it was in cruise flight at its assigned altitude, now being reported as 33,000 feet. The evidence we already have corroborates that theory. When an airplane crashes into the ground under power or as the pilots are trying to regain control, the scattering of the wreckage is always very contained, usually within an acre or so.

In this case, large parts have already started turning up miles away from each other, and that can only mean one thing: that the airplane broke apart at altitude and its parts descended on the currents of the wind until they impacted the earth. The higher the airplane was when it came apart, the more widely scattered the wreckage will be. We can conclude that MH17 came apart at a very high altitude. And it came apart very violently. I have seen a photograph of the floor structure of the airplane, torn apart at the metal structural ties, capable of withstanding many tens of thousands of pounds of force, resting in a field in rural Ukraine. The section in question weighs likely around 10,000 pounds. It’s not the kid of component that breaks off and flutters away. It was blown apart from the rest of the structure.

It is possible for aircraft structures to fail during an explosive depressurization, and that indeed did happen in the early days of jet aviation, most notably with the British built de Havilland Comet jet, which suffered a series of fatal pressure vessel failures due to metal fatigue. The Boeing 777, however, is a modern and exceptionally strong plane, one that is based on modern computer aided design calculations that take just such events into consideration, making it nearly impossible for one failure to lead the next until the airplane comes apart. That is not what happened here.

The only explanations that make any sense given the widely scattered wreckage and the degree to which the airplane came apart are that it was hit by a missile — the working theory among authorities now — or that a bomb went off inside the airplane.

The difference between those two events will be immediately apparent to investigators once they see the wreckage. An explosion leaves an unmistakable fingerprint, telling forensics specialists where the explosive went off and whether that blast originated from inside or outside the aircraft.

Then, once they find the chemical signature of the device, they will be able to tell with great certainty what kind of explosive caused the damage and very likely where that charge was manufactured and by whom.

The traces of such an explosion will be unmistakable. Investigators will be able to test quickly for certain classes of explosives, but even before that they will likely be able to see the characteristic high-speed pitting of surfaces exposed to the explosive forces. When TWA Flight 800 crashed over Long Island Sound in 1996, investigators were able to determine that the explosion was the result of a fuel explosion and not an explosive device planted in the plane or a missile fired from below.

Robert Goyer is the editor-in-chief of Flying magazine. 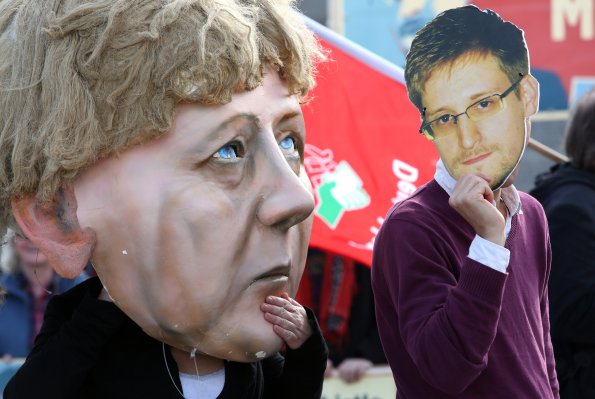 Don't Be Fooled, Germany's Outrage at U.S. Spying Is Just for Show
Next Up: Editor's Pick