A part of the wreckage of a Malaysia Airlines Boeing 777 plane is seen after it crashed near the settlement of Grabovo in the Donetsk region, July 17, 2014.
Maxim Zmeyev—Reuters

Ukrainian officials blamed a “terrorist action” for the crash of Malaysia Airlines Flight 17 on Thursday, while pro-Russian separatists, who said they do not have weaponry advanced enough to shoot down an airliner, accused Ukrainian forces of causing the crash.

The Boeing 777 was flying at around 33,000 feet over eastern Ukraine en route from Amsterdam to Kuala Lumpur when it crashed, killing all 298 people on board. That updated number, revised from 295, came from a Malaysia Airlines statement posted late Thursday, and reflects that there were three infants aboard the flight. The nationalities of those aboard, per the airline, break down as follows:

An adviser in Ukraine’s Interior Ministry said on his Facebook page that the plane was shot down by a Russian-made radar-guided missile system known as the BUK. Ukrainian officials have denied that Ukrainian military forces were involved.

“MH-17 is not an incident or catastrophe, it is a terrorist attack,” Ukrainian President Petro Poroshenko tweeted.

On Thursday, Oleg Tsarev, one of the leaders of the breakaway Donetsk People’s Republic, told TIME that the separatists don’t have the weapons to reach the altitude at which the plane was flying.

But as TIME’s Simon Shuster reports, Russian state media congratulated rebels last month for seizing BUK missile launchers from a Ukrainian air force base. This week, separatists shot down a military transport plane and reportedly brought down two other military aircraft–Ukraine said at least one was downed by an air-to-air missile, suggesting a Russian jet was to blame. And on Thursday afternoon, Russian media claimed the rebels had brought down yet another Ukrainian military plane over the town of Torez, just prior to reports that MH17 was shot down in the same area.

According to Eurocontrol, the agency that manages European air traffic, Ukrainian authorities had previously barred airliners in the area from flying below 32,000 feet. Authorities have now closed routes of all altitudes in the area, Eurocontrol said Thursday.

U.S. Vice President Joe Biden said Thursday afternoon that the plane has “apparently been shot down. Shot down not an accident. Blown out of the sky.” Biden, who spoke with Poroshenko after the crash, said earlier in the day that the U.S. was sending a team to help investigate.

Also on Thursday, President Barack Obama said he was still working to determine whether there were Americans on board. Obama was on the phone with Russian President Vladimir Putin regarding newly imposed U.S. sanctions on Russia as news of crash emerged, and the White House said the crash came up in the conversation.

The Federal Aviation Administration was in contact with US carriers following the crash of Malaysian Air Flight 17, the agency said Thursday. The FAA confirmed that carriers have voluntarily agreed not operate in the airspace near the Russian-Ukraine border, and is monitoring the situation to determine whether further guidance is necessary.

French President President François Hollande called for an investigation into the cause of the crash of Flight 17, which was carrying at least four French nationals, according to that country’s foreign ministry. France has advised airlines to avoid any routes through Ukraine.

—With reporting by Zeke J. Miller 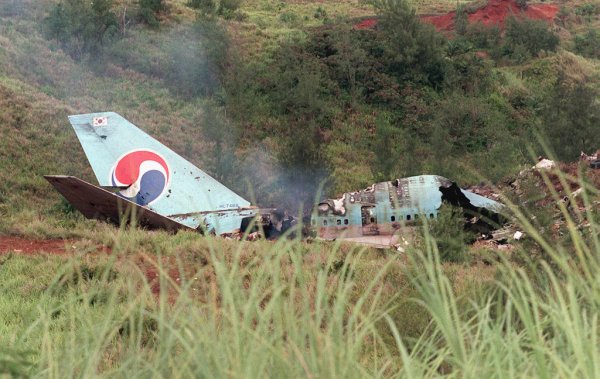 Past Attacks on Commercial Airliners
Next Up: Editor's Pick