Smoke from flares rises in the sky in Gaza City, in the northern Gaza Strip on July 17, 2014.
Lefteris Pitarakis—AP
By Eliana Dockterman

Israeli Prime Minister Benjamin Netanyahu ordered a ground invasion of the Gaza Strip Thursday along with heavy air bombardment, according to a statement on his Facebook page. Netanyahu’s statement indicates the purpose of the operation is to destroy “terror tunnels” linking Gaza and Israel.

“The Prime Minister and Minister of Defense instructed the [Israeli Defense Forces] to open this evening the ground operation to harm terror tunnels penetrating the Gaza Strip into Israel,” the post reads, translated from Hebrew. “Hamas terrorists used such a tunnel of terror early this morning to infiltrate Israel, with the purpose of carrying out mass attacks against Israeli civilians.”

According to the posts, the intent is to destroy the tunnels linking Egypt and Gaza and thus strike a “significant blow to Hamas’ terror infrastructure.” Israel sent out warnings to Palestinians in Gaza telling them to evacuate target areas, according to the Wall Street Journal.

A Hamas spokesperson told CNN that Israel “will pay a heavy price” for the operation. Hamas has responded with rockets from across Gaza city.

The latest wave of violence between Israel and Hamas began last month, after three Israeli teens were kidnapped and later found dead. Israel arrested dozens of members of Hamas who it suspects to be tied to the murders. A Palestinian youth was later found dead in an apparent revenge killing. Israeli authorities have arrested six Israelis in connection to the Palestinian’s death.

Thursday’s invasion comes after 10 days of conflict between Israel and militants in the Gaza Strip. Israel hit more than 2,000 targets in Gaza with rockets, and Hamas, which controls Gaza, launched nearly 1,500 rockets at Israel. The fighting looked to be coming to a close several days ago, though Hamas rejected an Egyptian cease-fire plan soon after Israel accepted the terms. Hamas leaders said the plan was “not worth the ink it was written with” without more concessions from Israel.

The invasion is Israel’s first ground operation in the Gaza Strip since 2009’s “Operation Cast Lead.”

Thousands of Israeli soldiers have gathered at the border in the last few days waiting for the order to go in. Israel says the troops and tanks began to move just hours after Hamas militants attempted to infiltrate Israel through a tunnel but were stopped by the IDF, according to the Associated Press. Hamas said the men were on a reconnaissance mission and returned to Gaza unharmed. 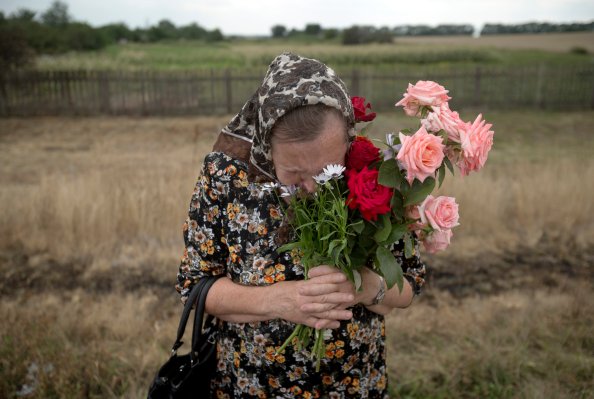 Photos: Aftermath of Malaysia Airlines Crash in Ukraine
Next Up: Editor's Pick