Past Attacks on Commercial Airliners

Smokes rises from wreckage of South Korean Air Boeing 747 at the crash site at Agana in Guam on August 6, 1997.
Choo Yuon-Kong—AFP/Getty Images

Ukrainian officials have blamed separatist rebels for shooting down Malaysia Airlines Flight 17, possibly mistaking it for a Ukrainian aircraft. The separatists have denied the allegations—and in turn suggested Ukraine was responsible.

If the airliner, reported to have 295 people on board and flying at 33,000 feet, was indeed shot down, it would mark the deadliest such incident ever. But it wouldn’t be the first time an airliner has been accidently or recklessly shot down.

Here are some of those disasters, including one in 2001 that was also linked to Ukraine:

The airliner was flying at roughly 35,000 feet over the Black Sea, en route to Russia from Israel, when it was struck by a Ukrainian missile. Investigators later concluded that Ukrainian air defense forces had fired two missiles during a major military exercise: one hit the targeted drone, the other continued 150 more miles and appeared to lock-on to the Siberian Airlines flight. All 78 people aboard were killed.

In the midst of the Iran-Iraq war and with tensions high between the U.S. and Iran, the U.S. Navy said it mistook the Iranian passenger plane, an Airbus 300, for a hostile fighter jet. After issuing several warnings, the missile cruiser Vincennes fired two surface-to-air missiles, at least one of which struck the Dubai-bound plane at 7,500 feet over the Straight of Hormuz, killing all 290 people on board.

A Soviet interceptor shot down the Boeing 747 en route from New York to Seoul with 269 people aboard, including U.S. Representative Lawrence McDonald. Soviet officials believed that the airliner, which had crossed into Soviet airspace, was on a reconnaissance mission. Everyone on board was killed.

Navigational equipment on the Paris-to-Seoul flight malfunctioned, leading the pilot to fly into Soviet airspace above the Arctic Circle. Soviet forces, believing it to be a reconnaissance flight, fired on the Boeing 707, forcing it to make an emergency landing near the Finnish border, killing two. The Soviet Union later charged the South Korean government $100,000 for its rescue operation, but the bill went unpaid.

The Cairo-bound Boeing 727 was apparently disoriented by poor weather and crossed over Israeli-occupied Sinai, which had been declared a war zone. Amid reports of terrorist plans to use a civilian airliner against Israel, the country scrambled interceptors. The fighter jets issued warning signals that went unheeded—an investigation later reportedly found that the French pilot believed the jets were Egyptian escorts—and then shot it down, killing nearly all of the roughly 115 people on board.

The flight between Vienna and Istanbul en route to Israel strayed into the airspace of Bulgaria, then an Eastern Bloc country. The government scrambled its fighters, which shot down the Lockheed Constellation, killing all 58 passengers and crew on board. Bulgaria later issued a formal apology, saying its pilots had been “too hasty.” 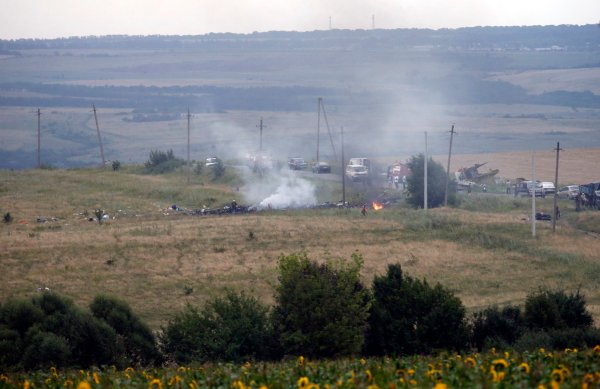