The site of a Malaysia Airlines Boeing 777 plane crash is seen near the settlement of Grabovo in the Donetsk region, July 17, 2014.
Maxim Zmeyev—Reuters
By Simon Shuster

The Malaysia Airlines flight apparently shot down on Thursday over eastern Ukraine crashed in a kind of no man’s land. The central government withdrew from that patch of territory months ago, leaving it to the bands of separatist fighters who now represent the only figures of authority around the crash site. One of their first orders of business, their leaders say, will be to recover the flight recorders from flight MH17 and hand them over to their allies in Moscow. “High-class experts work there,” Andrei Purgin, one of the top rebel commanders, told local media hours after the crash. “They will be able to establish the cause of the catastrophe for sure.”

But that plan may not sit well with the families of the passengers – nearly 300 of them are feared dead – nor with the foreign governments whose citizens have perished in the crash. Since the armed rebellion began in eastern Ukraine this spring, Moscow has been accused of aiding the rebel fighters, providing them with weapons, volunteers and political cover, while the Russian media has cast them as heroes and Russian patriots. The crash of flight MH17 has left the rebel leaders scrambling to deny all involvement in shooting it down, and now they may be in control of important sources of evidence that might help determine the cause of the disaster. Without the permission of the rebels, it would be impossible for any outsiders even to recover the remains of the victims.

So far the militants claim to be guarding the site. But Sergei Kavtaradze, a spokesman for the self-proclaimed separatist government, said that the wreckage could be bombed from the air at any moment. “We have received intelligence that an explosive rocket strike could hit the crash site very soon in order to alter the scene and destroy clues,” he told Russia’s leading news agency, RIA Novosti. “We call on the international community to help pressure the Ukrainian side, so that all military actions around the fallen plane stop.”

The Ukrainian government, for its part, has condemned the downing of the plane as a “terrorist attack” and called for an urgent investigation, with President Petro Poroshenko urging the International Civil Aviation Organization and foreign governments to send delegations to help. “All possible search and rescue operations are being carried out,” he said in a statement on his website.

But it is not clear what operations he meant. The town of Torez, where flight MH17 reportedly fell, is deep in the heart of rebel territory, and the Ukrainian authorities cannot even reach it without first forcing the separatist fighters to retreat from the area. At the recent pace of fighting, that could take days if not weeks, allowing the rebel commanders plenty of time to remove the flight recorders and otherwise manipulate the crash site.

The simplest solution, like so much about the conflict in eastern Ukraine, would seem to wind through Moscow, which could encourage the separatist leaders to allow investigators to access the scene. But until then, it will remain under the control of the very people who may have caused the tragedy in the first place. 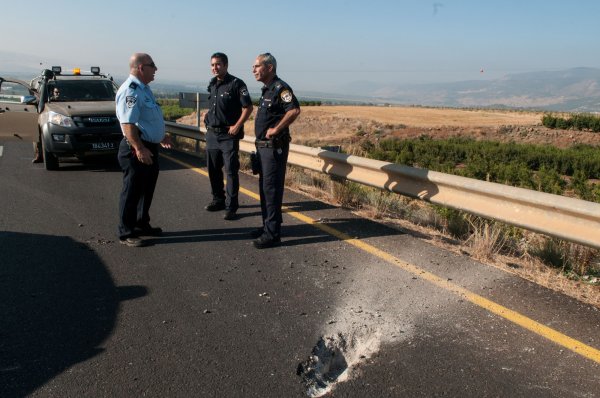 Missiles from Lebanon are Landing in Israel—But Hizballah Isn't the Suspect
Next Up: Editor's Pick