U.S. Warned Of Unsafe Airspace Over Crimea, But Not Where MH17 Crashed

An armed pro-Russian separatist stands at a site of a Malaysia Airlines Boeing 777 plane crash in the settlement of Grabovo in the Donetsk region, July 17, 2014.
Maxim Zmeyev—Reuters
By Zeke J Miller

Earlier this year the Federal Aviation Administration banned American air carriers from flying over part of the disputed area between Russia and Ukraine over safety concerns, but the area where Malaysia Airlines Flight 17 crashed on Thursday was not included in this restricted airspace.

The agency warned American aircraft on April 25 against flying over the Crimean peninsula and the surrounding waters after Russia, which had moved to annex the territory, claimed control over that airspace.

“In the FAA’s view, the potential for civil aircraft to receive confusing and conflicting air traffic control instructions from both Ukrainian and Russian ATS providers while operating in the portion of the Simferopol (UKFV) FIR covered by this SFAR is unsafe and presents a potential hazard to civil flight operations in the disputed airspace,” the agency wrote. “In addition, political and military tension between Ukraine and the Russian Federation remains high, and compliance with air traffic control instructions issued by the authorities of one country could result in a civil aircraft being misidentified as a threat and intercepted or otherwise engaged by air defense forces of the other country.”

But the Donetsk region where Flight 17 reportedly crashed is roughly 200 miles northeast from the restricted zone. The map below was included in the FAA advisory. 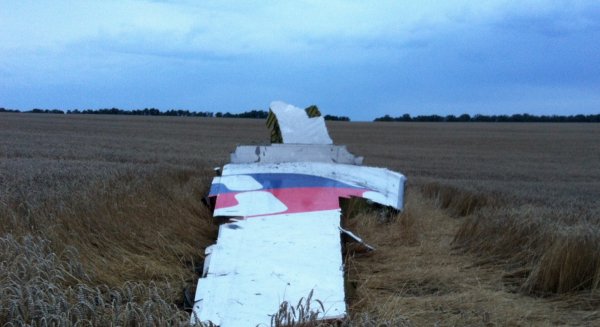 Reports and Images From the Malaysia Airlines Flight MH17 Crash Scene
Next Up: Editor's Pick