U.S. Air Force C-17 cargo planes, like this one at a Russian air base in 2011, are protected by onboard jammers, a capability not on most civilian airliners.
Dmitry Kostyukov—AFP/Getty Images
By Mark Thompson

Air Force One is protected by electronic jammers from most missiles, likely including the one that may have shot down Malaysia Airlines Flight 17 over the Russian-Ukrainian border Thursday.

Why aren’t commercial airliners protected, too?

This has been a debate ever since the development of small, shoulder-fired anti-aircraft missiles like the U.S. Stinger nearly 35 years ago, and the resulting fears that such weapons could fall into the wrong hands.

It may cost the airline industry billions of dollars, but Pentagon officials spoke of the need for such defenses in 2002, after a pair of Russian-made shoulder-launched Strela-2 missiles narrowly missed an Israeli 757 as it took off from the Kenyan city of Mombassa with 271 aboard. MH17 may have been downed by a bigger, radar-guided missile, in which case defenses against shoulder-fired heat-seeking missiles wouldn’t have worked.

But defeating missiles is a problem the Pentagon has been grappling with for some time: In 1999, the Defense Department told Congress the biggest threat to its cargo planes was shoulder-fired surface-to-air missiles like the ones fired in Mombassa. In 2002, the Pentagon awarded a $23 million contract to outfit four Air Force C-17 cargo planes with sophisticated equipment to protect them from Stingers, SA-7s and other portable heat-seeking missiles favored by terrorists.

“That’s more than $5 million per plane,” an Air Force officer said at the time. “Once the first U.S. commercial airliner is shot down—and U.S. airlines rush to install these systems on their own planes—the price will drop to $2 million or $3 million per plane.”

Not exactly a bargain, but some U.S. defense officials have long believed that such systems will have to become standard equipment aboard U.S. airliners. That 2002 system was an updated version of the AN/AAQ-24 (V) Nemesis, which protects both big transports (apparently including Air Force One) and military helicopters. Built by the Northrop Grumman Corp., it is known as the Large Aircraft Infrared Countermeasures — LAIRCM — system, and plans were to outfit the hundreds of cargo planes and tankers operated by the U.S. Air Force.

LAIRCM automatically detects, tracks and jams infrared missiles, sending a high-intensity laser beam into the missile’s seeker to disrupt its guidance system. No action is required by the crew. The pilot simply is informed that a threat missile was detected and jammed. “Inexpensive, yet lethal, surface-to-air missiles have proliferated around the globe and unfortunately are in the hands of our potential adversaries,” Arnold Welch, vice president for Infrared Countermeasures Programs at Northrop Grumman’s Defensive Systems Division in Rolling Meadows, Illinois, said at the time. “It is essential that our military pilots and air crews have this sophisticated type of protection in order to perform their missions and return safely.”

Early reports from Ukraine suggest the plane may have been downed by a tracked Russian-built Buk missile system. Flying at about 33,000 feet, the airliner was beyond the range of most man-portable missiles. The Buk missile uses radar to guide itself to its target, unlike the heat-seeking Stinger. Planes trying to elude radar-guided missiles can use various electronic jammers and disperse clouds of foil-like chaff to confuse the missile’s radar by confusing it with multiple targets.

The threat of SAM attacks on U.S. airliners was acknowledged in an FAA study in 1993, which noted that as passenger and baggage screening became more rigorous, the chances of missile strikes would rise. The U.S. government’s interest in the problem followed its decision to supply Afghan mujahideen fighting the Soviets in Afghanistan—whose ranks included the late Osama bin Laden and many of his al-Qaeda lieutenants—with about 1,000 Stinger missiles in the 1980s. Pentagon officials credit the Stinger with downing about 250 Soviet aircraft.

The discovery of a Strela-2 (dubbed the SA-7 by NATO) missile tube near a Saudi military base used by U.S. warplanes in 2001 prompted the FBI to alert U.S. law-enforcement agencies to be on the lookout for any signs that terrorists were planning shoulder-fired missile attacks. While the missile found in Saudi Arabia remained in its tube, burn marks suggested a bungled effort to fire it, U.S. officials said. A Sudanese with possible al Qaeda links was arrested in connection with the missile.

“The FBI possesses no information indicating that al-Qaeda is planning to use ‘Stinger’ missiles or any type of MANPAD (MAN Portable Air Defense) weapons system against commercial aircraft in the United States,” the 2001 FBI warning said. “However, given al-Qaeda’s demonstrated objective to target the U.S. airline industry, its access to U.S. and Russian-made MANPAD systems, and recent apparent targeting of U.S.-led military forces in Saudi Arabia, law enforcement agencies in the United States should remain alert to potential use of MANPADs against U.S. aircraft.” 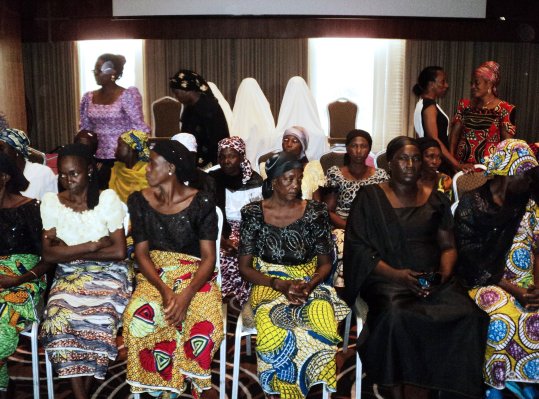