The Rules About Pot Just Changed in Washington D.C.

Washington D.C.’s pot decriminalization policy went into effect Thursday, lowering the penalties for marijuana possession to just a $25 civil fine for adults caught with up to one ounce.

The law may still encounter some pushback from Congress, as the Republican-controlled House passed a bill Wednesday that includes an amendment to stop D.C. from using federal or local funds to implement the law. The bill was passed largely along party lines; only six Democrats supported the bill.

Rep. Andy Harris (R-Md.), who sponsored the D.C. provision, told the Washington Post that pot is “poison to a teenager’s brain” and that the new law would treat teenagers in a dramatically different way to young people right across the Maryland border, where violators younger than 21-years-old are required to appear in court.

The Administration “strongly opposes” the House provision, writing in a letter released Monday that it poses legal challenges to the Metropolitan police department’s enforcement and violates the principle of D.C. home rule.

Washington D.C. has an extraordinarily high rate of marijuana arrests, ranked seventh out of 945 counties examined in a 2013 American Civil Liberties Union report. There’s also a huge racial disparity in who gets penalized for smoking weed, according to the same report, which found that black people are eight times more likely than non-blacks to be arrested for marijuana possession. 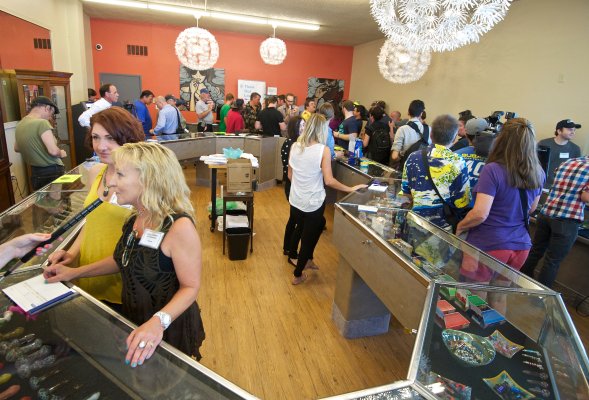 House Votes to Help Pot Businesses Use Banks
Next Up: Editor's Pick