Here's What Happens When You Get a Rape Kit Exam

Getting a rape kit collected is no picnic. The process can last up to four hours, and involves getting poked, prodded, swabbed and photographed in exactly the places a rape victim would have been violated in an attack.

The exam is usually performed in a hospital before the kit of evidence is turned over to the police for their investigation. The DNA from the kit and potential rapist is entered into CODIS, a national FBI database that helps law enforcement track serial offenders across the country.

But as TIME reported this week, thousands of rape kits across the country have been shelved and forgotten without being tested. According to a 2011 report from the National Institute of Justice, 18% of all unsolved rapes between 2002 and 2007 involved forensic evidence that had never been processed. In 2009, over 11,000 forgotten rape kits were discovered in a Detroit police warehouse, which means 11,000 potential victims went through the rape kit collection process, only to have the evidence discarded. Detroit prosecutor Kym Worthy has been setting an example for how best to clear the backlog and prosecute the cold cases, but other cities could follow her lead; Phoenix has almost 3,000 backlogged kits, Dallas has over 4,000, and Memphis has over 12,000. That’s why the House of Representatives recently passed $41 million to test backlogged kits and investigate the cold cases.

“The bottom line, by testing these rape kits, we can identify serial rapists, put them behind bars, and bring the ultimate nightmare of the women raped to an end,” said Vice President Joe Biden when he asked Congress in March for the backlog funding in Obama’s 2015 budget. The bill has yet to pass the Senate.

Pick up this week’s issue of TIME to find out more on how investigators in Detroit are leading the way in clearing the rape kit backlog and getting victims overdue justice, or follow this link.

With special thanks to Monica Pombo and the Crime Victims Treatment Center at Mount Sinai St. Luke’s in Manhattan. 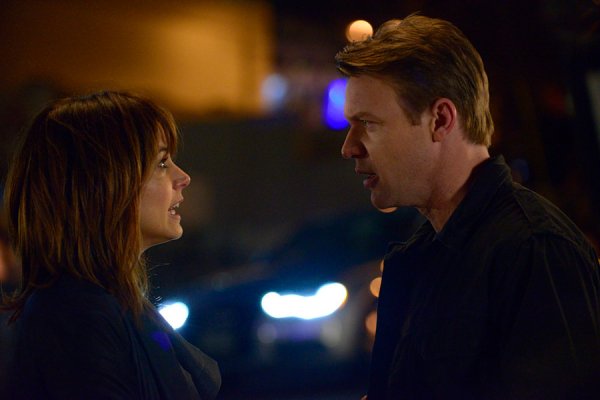 Survey: Many Couples Are 'Monogamish'
Next Up: Editor's Pick