The current conflict between Israel and the Palestinian militant group Hamas, which controls the Gaza Strip, is the third major confrontation between the two sides since Hamas took control of the enclave in 2007. By some counts—it depends how you define major—it’s the fifth, or even the sixth. The fighting is usually ignited by smaller acts of violence. The battles tend to end with a cease-fire. The results rarely differ: a weakened Hamas, a lot of dead people—usually including children—and many ruined buildings.

Almost as familiar as this round of fighting was the political failure that preceded it. In late April, U.S.-sponsored negotiations between Israel and the Palestinian Authority collapsed, with each side left blaming the other. Secretary of State John Kerry had made getting a deal a policy priority and spent a huge amount of time on the talks—and still they came to nothing.

With such a legacy of violence, contemporary and historic, should the leaders of both sides finally accept that the conflict is unfixable and that Israelis will simply have to live under periodic rocket attack from Gaza, and Gazans will have to suffer occasional bombardment by Israel?

While political fatigue is understandable, the leaders of both peoples would do well to listen to an Israeli-American woman named Rachel Fraenkel. Her 16-year-old son Naftali was among three teenagers who were abducted and killed in the West Bank. Israel has claimed that two members of Hamas were responsible. On July 2, the day after the boys’ funeral, a Palestinian teenager was seized off the streets of Jerusalem and murdered in what Israeli police say was a revenge attack by Israeli extremists. The killings contributed to the start of the Gaza war.

This is what Fraenkel had to say to journalists about the killing of the Palestinian boy, 16-year-old Mohammed Abu Khdeir: “Even in the depth of the mourning of our son, it’s hard for me to describe how distressed we were over the outrage that happened in Jerusalem. The shedding of innocent blood is against morality, it’s against the Torah and Judaism, it’s against the basis of our life in this country … No mother or father should go through what we are going now [sic].”

The death of a child in the conflict should prompt a period of self-examination and reflection by both sides, not a renewed round of violence. Fraenkel’s empathy for the parents of a child from the other side shows the sort of courage and humanity that Palestinian and Israeli leaders have failed to match.

What’s needed is a political act that mirrors Fraenkel’s generosity and faith. Israeli Prime Minister Benjamin Netanyahu is in a greater position of strength than Palestinian Authority President Mahmoud Abbas, and that gives him a greater opportunity to make the first move.

No one—other than figures on the far right of Israeli politics—could reasonably argue that Netanyahu hasn’t consistently performed his duty as an uncompromising protector of Israel and its people. What he has yet to prove is that he can do a deal with the Palestinians that would ensure that no one else’s children are murdered in acts of political hatred. He needs a partner for peace—and it may well be that he will never find one in Hamas, whose charter calls for the destruction of Israel—but he has little option but to keep trying, even if it means talking with people he considers terrorists.

He’s done it before. Twice, in 1997 and 1998, he reached an agreement with Yasser Arafat, then President of the Palestinian Authority and a man Netanyahu deeply disliked. The deals were modest, but they were important signals at the time that Netanyahu, then in his first period in office, was prepared to make concessions for the sake of peace.

Netanyahu will lose no political support in Israel by refusing to talk with the new Palestinian government, formed in June with the support of Hamas, once this war is over. But he would show greater strength than ever in making a gesture—a unilateral freezing of the construction of Israeli settlements in the West Bank, for instance—that would act as a challenge to Abbas and Hamas. Abbas would then feel pressure to make a reciprocal gesture—perhaps a promise not to pursue Israel at the Inter­national Criminal Court—and we might begin to see a cycle of concessions rather than of violence. That would be the sort of leadership that children like Naftali Fraenkel and Mohammed Abu Khdeir have long deserved. 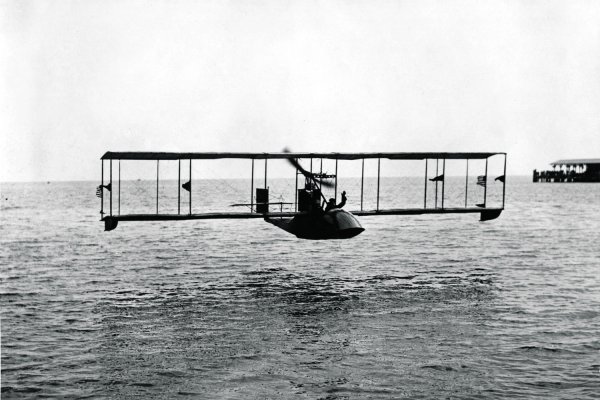 Into the Wild Blue Yonder
Next Up: Editor's Pick