The refugees coming by boat to italy have already set a record this year. So far, 64,000 of them have made the journey, according to the U.N.’s refugee agency, and it’s only halfway through the season of calm summer waters. The surge has resulted partly from the civil war in Syria, which has forced 3 million people to flee their homeland. Europe—peaceful, affluent and comparatively close—is a natural destination.

The continent’s southern borders are closest to war zones in North Africa and the Middle East, and as Massimo Sestini records in photographs taken during his time spent with the Italian navy, it’s where the desperate meet the developed. Among E.U. nations, Italy and Greece have therefore borne the heaviest burden in dealing with the influx of migrants. Often with the aid of reckless human traffickers, refugees attempt to cross these waters in rubber dinghies or crumbling fishing boats that can capsize, plunging the occupants into the sea. Hundreds of migrants have drowned at Europe’s doorstep in the past year alone.

Africa refugees on an Italian navy ship after being rescued at sea, June 8, 2014.
Massimo Sestini—Polaris

Italian officials have said that as many as 800,000 refugees were preparing to make the treacherous journey to Italy’s shores from the nearby African coast this summer—a human tide that Italy says it can’t deal with alone. The Italian navy sometimes rescues hundreds of refugees per day on the seas of the Mediterranean, but European coastal patrols have also started resorting to controversial pushback operations, in which refugees are forced to turn around before their boats leave international waters.

Inside the E.U., another type of pushback has come from right-wing political parties, which have spread fears of immigrants threatening Europe’s way of life. Anti-immigration parties saw a swell in support during the May elections for the European Parliament, giving them nearly 13% of the chamber’s seats.

African refugees rescued by the Italian navy at night off a rubber dinghy, June 8, 2014.
Massimo Sestini—Polaris

Meanwhile the refugees continue fleeing crises in their home countries no matter the risks, like people jumping from the windows of burning homes. In the eyes of the migrants, you can see the kilo­meters they’ve traveled, the horrors they’ve suffered. Desperation has driven many to endure the dangers of the hazardous journey to Europe—but on arrival they may find little relief. They are Europe’s uninvited—and in the eyes of many Europeans—unwanted guests.

Refugees rescued off a boat and carried onto an Italian navy ship, June 7, 2014.
Massimo Sestini—Polaris
More Must-Read Stories From TIME
Subscribe to TIME 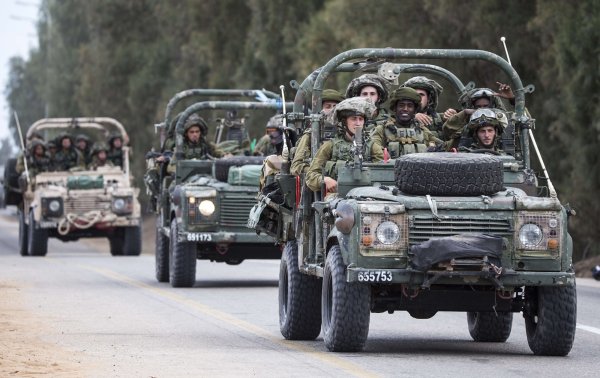 Israel: 3 Mortars Fired From Gaza During Cease-Fire
Next Up: Editor's Pick