In Begin Again you play a singer-songwriter. Can you sing?

It is my actual voice, but I’m not a singer. I learned how to play the songs on guitar for this film. I wasn’t very good. I could never sing and play at the same time. I was so happy to put the guitar down and never pick it up again. The fingers, they actually bleed.

Do you remember having a transfixing moment with a particular song?

To tell you the truth, I don’t really listen to music. I know nothing about it at all. I’m married to a musician [James Righton from the band Klaxons]. My brother has been in bands for most of his life. Everybody around me is completely obsessed by music, and I don’t have that thing–my brain doesn’t quite work in that way. It was the reason I wanted to do this role.

You’re in an industry, like music, where your appearance is part of what’s up for public consumption and discussion. How do you deal with that?

I try to ignore everything and not read anything about myself or look at any pictures. Sometimes it’s completely impossible. You could be in a hairdressing salon and you don’t realize you’re in the paper, and all of a sudden you end up reading something horrendous about the way you look, dress or act, or speak. It is kind of unavoidable at a certain point.

Is it true your father did not let your mother have you until she had written a play?

That’s true. They didn’t have the money to have another child, and she’d given up acting, and so he said she had to sell a script. It was her first play, and it was a big success.

Have you worked with her?

She wrote the film where I sang the first time, The Edge of Love. She’d actually written a part in the film for me. I think my first act of artistic rebellion was to say I wanted the other role.

Is it fair to say you’re drawn to playing women who are headstrong and aggressive?

Have you discovered from your historical roles an era that you particularly like?

I’m always interested in the ’40s, that World War II period. I find it really interesting that STDs and pregnancies went through the roof. We have such a set notion about what that period was like, but the extreme nature of death literally falling from the sky around you, and that moment when you don’t know if tomorrow is going to be your last day and you live within that, I find really interesting.

You and your frequent director Joe Wright are dyslexic. Do you share a secret bond?

I think we certainly see the world in a similar way, and that’s helped our creative relationship. We describe emotion in a very similar way. We both have a chip on our shoulder about a lack of education, and probably that’s from being seen as stupid before we were diagnosed.

You’re now a deep reader. What book would you want a director to read before he or she directs you?

Something by Somerset Maugham. Maybe The Razor’s Edge.

That’s not true. I mean, I wish it was true. That would be incredible–it’s a good amount of money to live on. But no.

I’ve used the “stare straight ahead, don’t make eye contact” one–that’s always good. I’m a bit of an ice queen. I think I have quite a frightening exterior, so unless I’m soliciting, unless I’m up for it, I’m far too intimidating. 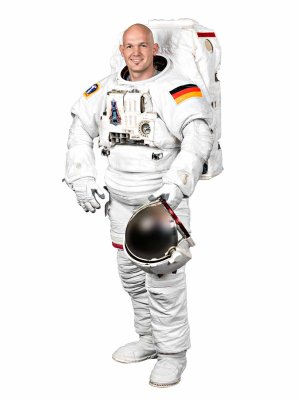 10 Questions With 3 Space Station Astronauts
Next Up: Editor's Pick