The Border and Obama

A young girl from Honduras waits for a northbound freight train to depart in Mexico as she makes her way to the U.S. border
Eduardo Verdugo—AP
By Joe Klein

The woman from Honduras was tiny and extremely pregnant. “When are you due?” asked Sister Norma Pimentel, the director of Catholic Charities in the Rio Grande Valley. “Ya,” the woman replied in Spanish: “Already”–she was past due. She had left Honduras to save her daughter, who is 12–peak poaching age for the killer gangs that are wreaking havoc in that country these days. “A man came into our house and tried to kill my girl with a machete,” the woman said. “I stopped him.” She showed Sister Norma her right hand, which was slashed down the middle and had healed crumpled. The man also slashed her daughter’s arm, but they managed to fend him off. The woman paid a coyote to get herself and her daughter across the border as soon as possible.

It seems clear to Sister Norma–and to the hundreds of volunteers who staff her processing center on the grounds of the Sacred Heart Church in McAllen, Texas–that this summer’s tide of Central Americans crossing the border are refugees, not immigrants. They have fled, terrified, from countries that are the Latino equivalent of Syria or Iraq–but in Central America it’s anarchy, not religious fanaticism, they are fleeing, the rampaging of militant drug gangs. The refugees here are a lucky subset: they have verifiable family members in the U.S. The Border Patrol releases them to Sister Norma with bus tickets to the places where their families are living. Catholic Charities then provides a way station, a place to take a breath, take a shower and get a meal, new clothes and a medical exam. The center processes as many as 200 families a day. When a family arrives, the entire staff applauds. No doubt, Matt Drudge and Rush Limbaugh would be appalled, but when you see the relief and smiles and tears on the faces, which seem far more humble than menacing, you cannot help but be moved.

A woman named Libby Casanova brings her four children to volunteer every day. She is a pathologist in the real world but does intake at the center; she’s the first person the refugees encounter. “Many of them start to cry when they hear the applause,” she says. “They are so grateful.” Casanova brought her children on the first day so they could see that not everyone was as fortunate as they are–and the kids insisted on coming back and volunteering every day. “This place is making the entire community stronger,” Sister Norma says. And there is an infectious spiritual joy in the air. As Sister Norma says, “Jesus did not say, ‘I was hungry and you asked for my papers.’ ”

Barack Obama should see the Catholic Charities mission in McAllen. He should also have a town meeting with the Tea Party nativists who are so angry and threatened by the rush of refugees–43,933 unaccompanied children alone since October–who began to appear from Honduras, El Salvador and Guatemala. His job, after all, is to rise above the rancor and, well, lead. You don’t do this by making a speech to a favored audience. You do it by taking action, setting a personal example. All sorts of Protestant congregations are sending volunteers to Sacred Heart–perhaps he could encourage a Tea Party group to do the same. The President has gone to the scene of other human tragedies. He has acknowledged the suffering personally in the past. But not now, and you have to wonder why.

True political courage is near extinct. I saw the real thing for the first time on the night of April 4, 1968, when riots broke out across the country after the assassination of Martin Luther King Jr. Senator Robert Kennedy decided to go into the heart of the Indianapolis ghetto–he was running for President at the time–and talk to the people. His aides and the local police pleaded with him not to do it. He was putting his life in danger, but he believed he had a responsibility to show up. He spoke for only five minutes, without a text–you can watch it on YouTube–and he calmed the crowd by quoting Aeschylus about the experience of excruciating pain that leads to deeper wisdom. Indianapolis was one of the few major cities that remained quiet that night.

Nowadays politicians are swaddled by their media consultants, who determine whether it is “safe” to be “courageous.” But acts of courage don’t come with a money-back guarantee. They are courageous because they’re potentially dangerous or, more likely, embarrassing. Courage’s reward comes subtly, in the form of trust as the public learns that a politician is willing to take risks to tell the truth. Obama is currently wandering about the country, trying to meet average people, but the choreography is more stringent than the Bolshoi’s. He said he didn’t want to go to the border because it would only be a “photo op” … on the same day his office published a photo of the President and Colorado Governor John Hickenlooper shooting pool. Who choreographed that?

There is a “teachable moment” available on the border, where there doesn’t seem to be much chaos these days. There have been fewer people in general coming across in recent years, but there is a specific “Other Than Mexican” (OTM in Border Patrol lingo) humanitarian crisis. The President could even take the opportunity to call a Central American summit to organize a peacemaking force for Honduras, which has become a regional security threat. Indeed, he could host it in Laredo. It is one thing to oppose intervention halfway across the world, in cultures thoroughly alien to our own; it is quite another to work with our neighbors to deal with a humanitarian disaster that is spilling across all our borders. This is one “foreign policy” issue that the public really cares about.

These are precisely the sort of things that Obama doesn’t seem to do anymore. There has been a skein of stories indicating he’s thrown in the towel. He’s so tired of head-banging with Republicans that he has taken refuge in late-night dinners with celebrities and intellectuals. Robert Kennedy did a lot of that too. But Kennedy never gave the impression that politics was distasteful, beneath him, as Obama too frequently does. Kennedy was all about passion; Obama seems all about decorum. He needs to go to the border–on a lot of issues. If he’s going to accomplish anything in the last two years of his presidency, he’s going to have to change his style, which will be near impossible for a man as entrenched behind his flacks-in-jackets as the President is. He’s right about photo ops. Enough already. But there are other “ops”–study ops, passion ops, conversation ops. He needs to do something dramatic to win back the country. 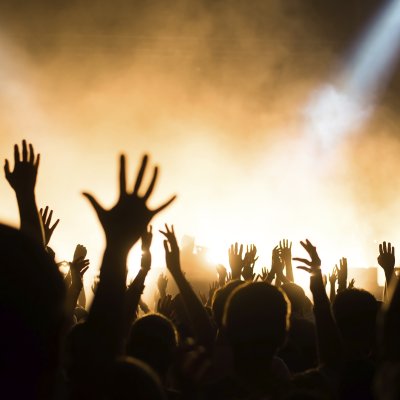 The Secret Language of Millennials
Next Up: Editor's Pick