‘I know what we need to ensure the security of Israel’s people.’

BENJAMIN NETANYAHU, Israeli Prime Minister, denouncing U.S. proposals intended to allow Israel to withdraw from much of the West Bank

Percentage increase in the likelihood of parents administering an incorrect dose of medicine to kids when using spoonfuls rather than milliliters, according to a study in Pediatrics

‘Götze is a miracle boy.’

Received a warm and lucrative welcome home from the Cleveland Cavaliers

BOBBY JINDAL, Louisiana governor, on how the Republican Party has to move beyond “personalities [and] slogans” to win back voter confidence in the 2016 elections

Live giant African snails that were seized by customs agents at Los Angeles International Airport; they pose a serious threat to local ecosystems

‘My phone is exploding with love!’

LAVERNE COX, after becoming the first transgender actress to receive an Emmy nomination; hers was for Outstanding Guest Actress in a Comedy Series for Orange Is the New Black

‘There’s risks to allowing things just to try to resolve themselves.’

LIEUT. GENERAL JOSEPH VOTEL, head of the U.S. Joint Special Operations Command, suggesting that the U.S. might intervene in the ongoing conflict in Iraq 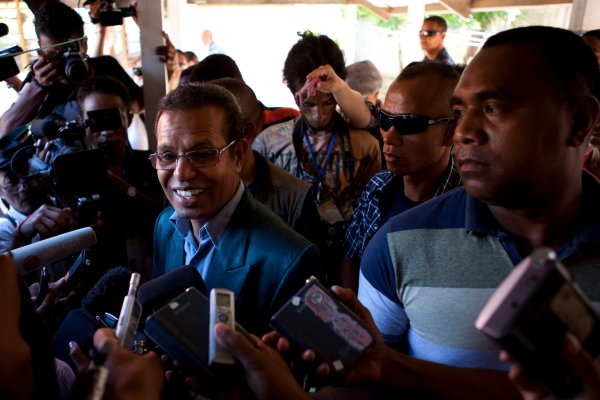