United Arab Emirates Says It Will Go To Mars By 2021

The big news out of the Middle East this week is mostly about war and other kinds of tribulation, as it was last week and probably will for weeks to come. War and tribulation, that is, plus a mission to Mars.

According to a report by Reuters, the United Arab Emirates announced it would be creating a space agency by 2021 and sending an umanned probe to the Red Planet—something only the U.S., the USSR/Russian Federation and the European Space Agency have done with any success, while the British, Japanese and Chinese have tried and failed. The jury is still out on an Indian probe, which is currently en route.

So can they do it, or is this just some crazy stunt the UAE hopes nobody will remember when the time comes? The answer: it’s not necessarily crazy. True, the country has no aerospace industry, but a government-backed group based in the Persian Gulf country bought nearly a third of Richard Branson’s Virgin Galactic, a private space tourism company. Moreover, says John Logsdon, a space policy expert and professor emeritus at George Washington University, “The UAE has already been active in space with communications satellites and Earth observation satellites.”

They’ve done this, he says, by purchasing both satellites and launch services from other countries, and they’d almost certainly put together a Mars probe the same way. “Most of the technical work and the launch would be contracted out,” he speculates, “but some of the components could be developed internally.” If that happened, and if UAE space agency engineers were in charge of mission control, he says, “they could appropriately claim that this mission was their own.”

Given the UAE’s deep pockets, it’s certainly possible that the country could pull off such a project, which would bring a new kind of prestige to the region. The Arab world did invent algebra and enjoyed a golden age of science for centuries leading up to the Medieval period and many Arabs dream of the return to that kind of scientific ascendancy. Recent, eye-catching projects—including the successful construction of the world’s tallest building and the world’s largest indoor ski resort—hint at inventive potential.

A Mars mission would obviously be a bit more ambitious, but in the end, it’s really just rocket science, which isn’t as complicated as we sometimes tend to think. Still, it’s one thing to say you’re going to do something like this and quite another to do it. After all, in 1969, NASA was similarly talking about our own manned mission to Mars—with astronauts aboard—in what was then the near future. It could be done, said Wernher von Braun, the rocket engineer behind that year’s successful Moon landing, by 1982.

But it never happened, and who knows if it ever will? The UAE, aided by expertise from other countries, can certainly get a probe to Mars by 2021, in theory.

Whether they’ll actually do it is whole different story. 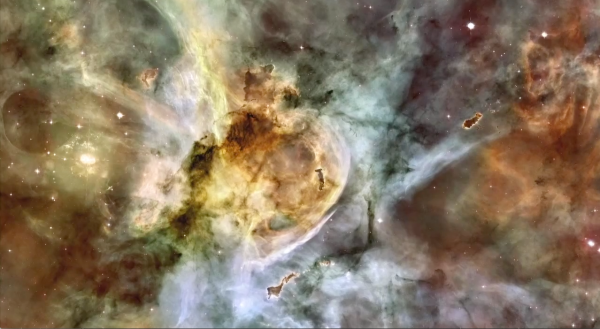 Now You Can 3D-Print Your Own Stellar Nebula
Next Up: Editor's Pick