Ramadan, Day 20: The Night of Glory

Pakistani Muslims offer a special evening prayer "Taraweeh' on the first night of the holy month of Ramadan at the grand Faisal Mosque in Islamabad on July 10, 2013.
AAMIR QURESHI—AFP/Getty Images
By Sohaib N. Sultan

As we approach the last 10 nights of Ramadan, Muslims wait in high anticipation of what can be translated as The Night of Glory (laylatul qadr). It is a brilliant night that is described in the Qur’an in the following way:

The Night of Glory is the night in which the Prophet Muhammad began receiving revelation from God through the archangel Gabriel while he was meditating in the Cave of Hira on top of the Mountain of Light near the outskirts of Mecca, according to Muslim belief. It is that night in history when Muhammad went from being a simple man among his people to becoming the messenger of God. Not only did that night transform Muhammad the man into Muhammad the Prophet, but it also marked the beginning of the transformation of many parts of the world – beginning with the Arabian Peninsula and stretching as far as China within less than a century – as the new civilization of faith spread from coast to coast and continent to continent.

The first words that the Prophet received from God on that night, now some 1,448 years ago, are words that continue to inspire and guide more than 1.6 billion people worldwide. Chapter 96 of the Qur’an contains these verses: “Read! In the name of your Lord who created: He created the human being from a clinging form. Read! Your Lord is the Most Bountiful One who taught by the pen, who taught the human being what he did not know” (96:1—5).

Receiving these divine words shook the Prophet to his core as he experienced the unexpected power of the glorious night and the command of an outer force. Afraid and befuddled, the Prophet ran home to the warm embrace of his beloved wife, Khadijah, who covered his trembling body with a blanket and reassured his anxious soul. Khadija suggested visiting her cousin, Waraqa ibn Nawfal, who was a Christian sage and scholar, to interpret the experience. Waraqa listened carefully to the Prophet’s experience and declared: “This was the same one [archangel Gabriel] who keeps the secrets, whom God had sent to Moses. I wish I were young and could live [to see the day] when your people will drive you out.” The Prophet, startled and surprised, asked, “Will they [really] drive me out?” Waraqa nodded affirmatively and said, “Anyone who came with something similar to what you have brought was treated with hostility; and if I should remain alive till the day when you will be driven out then I will support you.”

So, the Night of Glory commemorates the advent of the Prophet, the beginning of the revelation of the Qur’an to Muhammad, and the centrality of God and knowledge in Islam. But, as Chapter 97 of the Qur’an indicates, the Night of Glory continues to visit every year with great spiritual gifts. In this night, it is believed, the doors of forgiveness are opened to all who ask, the decree of God is reconsidered and determined for every human soul, and salvation is brought closer for anyone who seeks it. As such, it is a night full of praying, seeking and acting goodly. 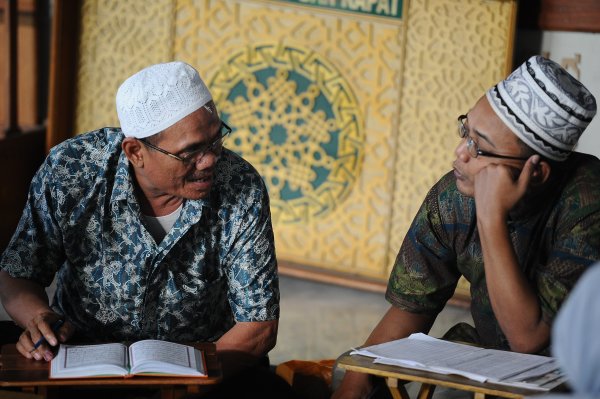