Marin Ireland in The Divide.
WE
By James Poniewozik

It’s generally a good thing for a new series to introduce itself with a clear, simple title, but in the case of The Divide, the first scripted drama from WeTV, the title makes it seem much more simple than it is. The eight-episode legal drama is, in brief, about a controversial effort to reopen the death-penalty convictions of two white prisoners in the murder of a black family. You might assume, then, that the show is about a single, sharp, unambiguous divide between white Americans and black Americans in the justice system–the law-drama equivalent of Crash.

But to its credit, and like the case it begins to explore in its two-hour premiere Wednesday night, The Divide is much more complicated than it seems. Yes, there is a racial divide at the center of the show: Christine Rosa (Marin Ireland), an advocate for a Philadelphia group based on the Innocence Project, and most of her colleagues working to overturn what they believe to be wrongful convictions, are white. District attorney Adam Page (Damon Gupton), his police-commissioner father (Clarke Peters) and the surviving daughter of the victims are black.

As the case unfolds, however, it becomes clear that neither side of this (purposely unsettled) case has a monopoly on righteousness or ethical conflict. Christine and Adam are each driven, if to different ends, and each is vulnerable to being blinded by their determination and external motivations. (He’s politically ambitious; her father is in jail for a crime she knows he’s innocent of because she was with him when it happened.)

The divides that emerge in this series are not simply between two races but between prosecution and defense, between the desire for justice and for resolution. In the two-hour premiere, we get to see multiple sides of each character, including the inmates–who, the script suggests, may be innocent, may be guilty, may be innocent of this crime yet bad people in other ways. There’s a remarkable scene between one convict (Chris Bauer) and his mother (Ann Dowd) before his scheduled last meal, for which he requested a brand of hot dogs he used to hate when she served them when he was a kid–it packs a while life’s history of mutual blame and sorrow into a few brief minutes.

There’s a certain amount of melodrama in the premiere (which is all that was previewed for critics), but the beginning fits a fair amount of nuance into a package that could have been a soapbox. Ireland in particular gives Christine fine shading, and the way that race plays into the story–and into Adam’s career ambitions–feels more natural than engineered. The Divide provides a good head start on a fall network season that’s unusually diverse in its casting; if The Divide continues the way it started, it will set an example of how to tell stories of black and white (and brown, and yellow…) in shades of gray. 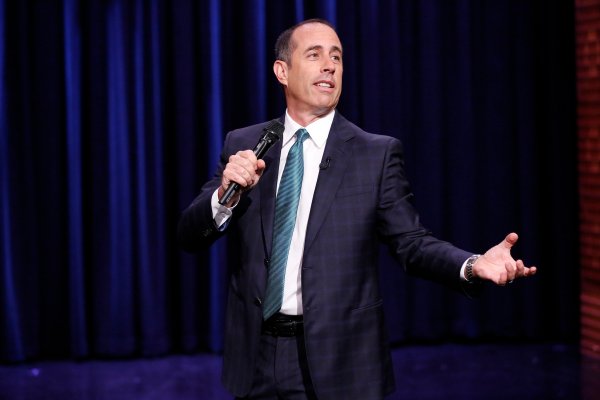 Seinfeld: No More Sitcoms for You
Next Up: Editor's Pick