Just admit it: You haven’t read Of Mice of Men since the ninth grade and only remember the plot in the broadest strokes. If you’re going to see the Broadway version John Steinbeck’s classic American novel about two migrant workers dreaming of their own farm during the Great Depression, it’s probably because the play has an all-star cast that includes James Franco, Chris O’Dowd and Leighton Meester.

Your high school teacher probably didn’t center class discussion on a feminist critique of the work—why does Curley’s wife have no name? Why is she shunned? Why do we cry when Lenny dies but not when she does? But Leighton Meester, a self-avowed feminist who has firsthand experience of playing the only woman in the play, is here to ask you those questions.

“If this woman is purely a victim, why is she so hated? And if she is truly harmless, why is she so threatening? Without question, it was a commentary on the social climate at the time, which still surprisingly applies today,” she writes in an essay for the Huffington Post.

The Gossip Girl actress says she’s struggled with the character: And while the novel gives a reason for why the only black character in the book is given a reason for being shunned—race—Steinbeck offers no similar explanation for why the character is so hated by the other characters. The audience, too, seems to feel animosity toward the woman who becomes a victim of assault. The most disturbing part of her essay highlights the audience’s indifference or even hatred of her character even as she dies:

“The final, eerie moment of her life is often accompanied by the uproar of laughter. She is violently shaken, rendered lifeless. It doesn’t seem to get less painful for me, less terrifying, less tragic with time, yet our unusually young audience seems unfazed, if not amused by the savage act. Perhaps it’s the only response that comforts them in an awkward or tense moment. Curley’s wife’s dead body lies still on the floor as Candy spits at her, ‘You goddamned tramp, you done it didn’t you? Everybody said you’d mess things up, you just wasn’t no good.’ And again, the audience cracks up.”

If it is indeed true that 77 years after the book’s initial release audiences still believe that Curley’s wife is “asking for it” (“it” being death by violent shaking), then perhaps Meester is right that we ought to examine our preconceptions about this nameless woman who is killed because her hair is soft, not because of any action. Meester points out a letter Steinbeck sent to Claire Luce, the first actress to bring the role to life onstage, suggests he had a more nuanced view of the character than our modern audience does.

“She was told over and over that she must remain a virgin because that was the only way she could get a husband … She only had that one thing to sell and she knew it,” he wrote. “She is a nice, kind girl and not a floozy. No man has ever considered her as anything except a girl to try to make … As to her actual sex life — she has had none except with Curley and there has probably been no consummation there since Curley would not consider her gratification and would probably be suspicious if she had any.”

Did Steinbeck leave hints of such a tragic past in his few sketches of the character in the book? Looks like it’s time to crack open Of Mice and Men again. 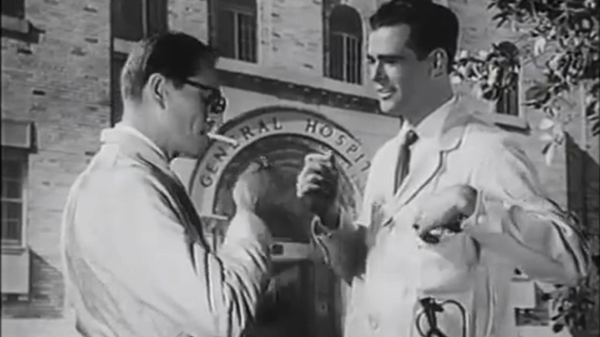 Up in Smoke: The Rise and Fall of Big Tobacco
Next Up: Editor's Pick