Murdoch's Bid for Time Warner May Signal a Coming Crash

What do Rupert Murdoch’s $80 billion bid for Time Warner and Fed chair Janet Yellen’s mid-year report to Congress yesterday have in common? Both may well be signals of a market top.

Let’s start with the news Wednesday: Murdoch has a track record of making bids that mark the end of bull runs. As Peter Atwater, a behavioral economist who runs the firm Financial Insyghts, pointed out to me, Murdoch’s $5.3 billion acquisition of Chris Craft in 2000, his $5.6 billion acquisition of Dow Jones in 2007, and his $12 billion bid for the portion of BSkyB that he didn’t own back in 2011 all coincided with market peaks. Shortly after all these deals, stocks fell.

Likewise, Janet Yellen’s speech Tuesday on the state of the U.S. economy, in which she said she thought technology stocks (including biotech and social media in particular) were overvalued, was an important signal that valuations are stretched, and we may be in for a fall. Yellen tends to worry less about bubbles than some other economists, so when she starts to fret — and especially when she says so publicly — that’s telling.

It’s no wonder that all this is happening now. With more than $4 trillion of Fed money sloshing around in the markets, and jobs numbers looking better, there’s a vigorous central banker debate going on about how soon to raise interest rates (which inevitably dampens market sentiment). Likewise, it’s worth noting that the last five major merger manias in financial history happened at the peak of markets, and ended with a big drop in equities. That happens not only because companies have a lot of money to play with at the top of a market, but also because they have in many cases exhausted growth strategies, and mergers are an easy way to get a further quick-hit boost in stocks (see my column on that topic here). Mergers are often presented as the beginning of a corporate growth streak — more often than not, they signal the end. 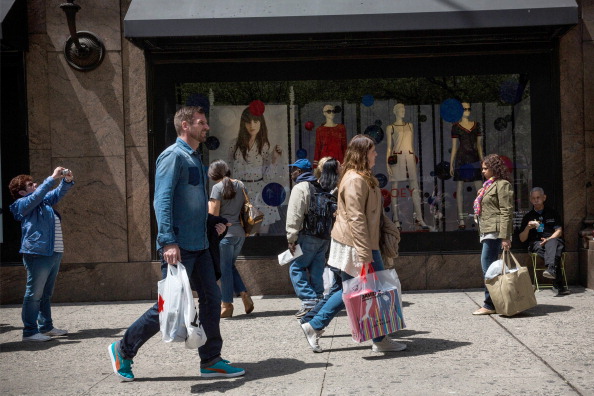 Here's Why Americans Are Having a Lot Less Fun This Summer
Next Up: Editor's Pick