A man who apparently took the expression “kill it with fire” just a tad too literally caused his house to go up in flames after he attempted to kill a spider with a lighter and a can of spray paint.

He spotted the eight-legged intruder in the laundry room of his West Seattle home Tuesday evening and promptly went after it, local ABC affiliate KOMO reports. Firefighters arrived at the scene and eventually extinguished the blaze, but the fire had already caused significant damage. It will cost around $40,000 to repair the house and another $20,000 to repair or replace the items inside.

We’d like to take this opportunity to advise people to STOP DOING THIS. This keeps happening. Do not use fire to kill bugs. Don’t do it. Just say no.

You’re probably thinking, Well, at least the fire must have killed the spider! Ha-ha-ha! But no. Nobody can confirm if the spider survived or not. So basically, this spider could have gotten out alive and then watched the house burn from the safety of a nearby tree, probably petting a white cat and laughing maniacally. 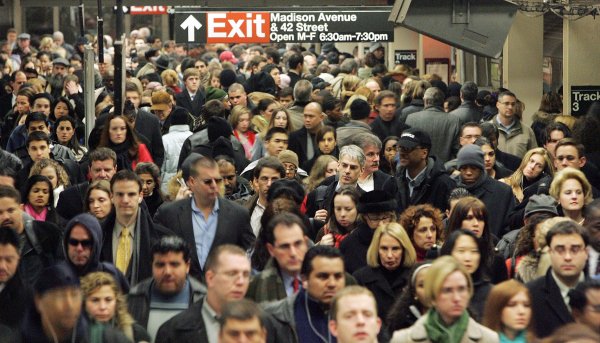 How Diversity Makes Us Smarter
Next Up: Editor's Pick