A university lecturer in Thailand has been caught offering top grades in exchange for 7-Eleven coupons, or stamps, redeemable at the convenience store chain for small gifts or discounts.

When a class at Kalasin Rajabhat University, in northeast Thailand, complained to the lecturer about the selling of test scores, she rebuked them, and someone in class filmed her doing so.

From the conversation, it appears that 25 coupons earned a one-grade bump, with one student shelling out 400 coupons for an A+, reports the Bangkok Post.

“Khanittha got 17 points in psychology class. She gave me stamps,” the teacher says on the video. “Then, I gave her A+. Do you think you got that grade by your own brain?”

Thailand boasts some 7,000 7-Elevens nationwide — the third-largest presence for the chain after Japan and the U.S.

On Tuesday, the Council of Rajabhat University Presidents of Thailand — known by its unfortunate acronym CRUPT — ordered an investigation.

Despite suspending the lecturer, who worked for the university’s pre-school education department, acting Kalasin Rajabhat University rector Nopporn Kosirayothin said there may be extenuating circumstances.

“She might have thought it was ordinary practice,” he said. “Judging from what I heard, some lecturers at other places also exchange grades for some beer.” 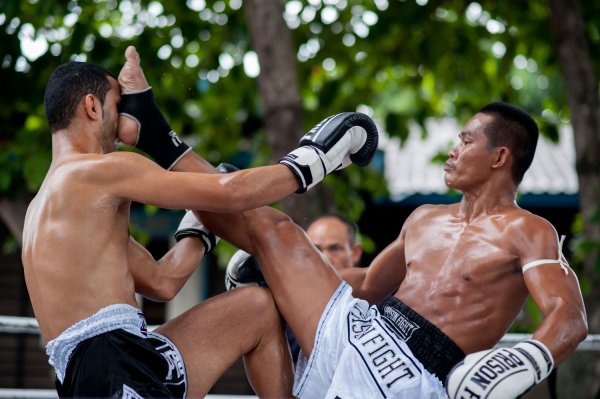 Thailand's Prisoners Fight Foreigners in Attempt to Win Freedom
Next Up: Editor's Pick