Want to make an easy $1,360 a year? No problem — all you have to do is be an American kid under the age of 10. A new survey shows that the average kid rakes in a cool $113 a month in “allowances, bribes, rewards and gifts,” years before they’re old enough to get a real job.

The kids who get an allowance, for the most part, aren’t even “earning” it in the traditional sense. Fewer than half the parents who say they give their kids money say it’s in exchange for the kids doing chores or helping out around the house.

Do today’s kids have their parents over a barrel? That very well could be the case: About two-thirds of parents surveyed say they want to give their kids less money.

Of those, about a quarter say ey “don’t want to disappoint” their kids, and 17% say their kids “likes expensive things and needs enough to buy them.” Parents who overindulge their kids need to shoulder at least some of the blame themselves, though: Almost half of those who say they want to give their kids less say they don’t because they feel like they’re competing with whatever other parents give their kids.

Again, keep in mind that this is for kids who aren’t even 10 yet — it’s not as if the “expensive things” they’re paying for are along the lines of car repairs or college textbooks.

“Children might want expensive things, but they also need to learn that they have to earn them and be patient,” Vouchercloud managing director Matthew Wood says in a statement. He says parents need to examine their motivations for showering kids who probably haven’t even mastered long division with more than $1,000 a year. “A lot of the time, when parents spend substantial sums of money on the children, it suggests they feel guilty or are trying to make up for something,” he says.

Yes, it’s important for kids to learn the value of money, how to save and budget for what they want, but parents aren’t really doing them a service if they’re handing them so much money that kids never have to learn what it’s like to have to plan ahead and wait to buy something they want.

On top of that, if kids are being bribed just to behave, parents aren’t laying the groundwork for a realistic expectation of what it takes to earn money as an adult. After all, you make money at work from doing your job, not just showing up on time.

Most Popular on TIME
1
N.C. Supreme Court Rules on Racial Justice Act Hearings
2
Melinda Gates Lays Out Her Biggest Concern For the Next Phase of the COVID-19 Pandemic
3
Why President Trump’s Effort to Expand the G-7 Is Doomed to Fail 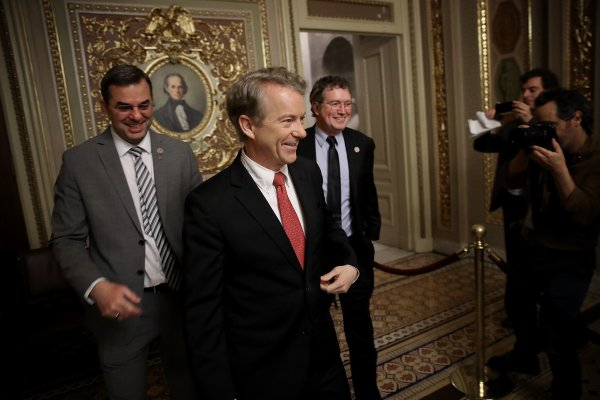 Congress Is Full of Hypocrites. I Took a Stand
EDIT POST