Anthony D’Amato’s new record The Shipwreck From The Shore isn’t out till Sept. 2, but somebody has already asked him to play the song “Good and Ready” — officially premiering here at TIME — at a wedding.

“I was kind of confused when I got that request,” he says. “This song has the phrase ‘let me die’ like a dozen times in it.”

But that confusion is a good thing. D’Amato says that he likes that the song can be interpreted as both a sweet love song and a dark break-up song. On the one hand, there’s all the dying; on the other, there’s an upbeat melody and and catchy chorus. Besides the joy of love, there’s another good reason for the hummable hook on “Good and Ready”: it was one of the first songs that the singer-songwriter — whose previous albums were DIY — wrote after beginning to play with a full band, rather than just himself, a harmonica and guitar. Previously, though he could use technology to create many layers of recorded sound on a record, he didn’t want to write anything he couldn’t play live by himself. With a full band, the world of the instrumental hook was opened up. When the song was recorded at an 18th-century farmhouse studio in Maine, that band was in full effect, with appearances by Matt McCaughan of Bon Iver on drums, Brad Cook of Megafaun on bass and Sam Kassirer, of Josh Ritter’s band, on keyboard.

Listen for yourself below, and see whether you’re feeling like a romantic or a pessimist. Either way, you’ll be right.

“I like that there’s room for interpretation,” D’Amato says. ” That’s what I love about so many of my favorite songs, that I get something different out of it each time I listen to it, depending where I’m coming to it from.” 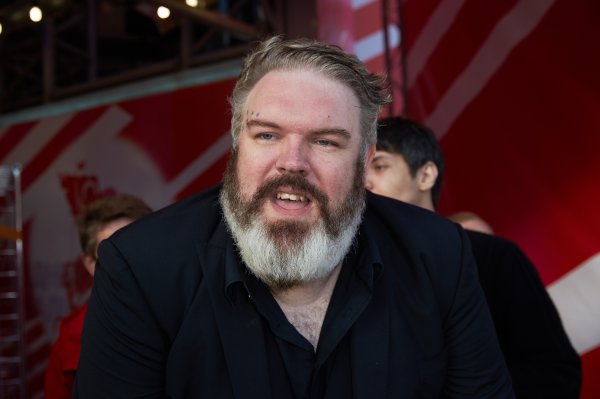 Rave of Thrones: Hodor Embarks on DJ Tour
Next Up: Editor's Pick