As MTV News points out, this statue was actually erected in honor of Shakespearean actor Edwin Forrest, who began his career in 1820. Forrest does have some things in common with Swanson, though: a love of woodworking and a cantankerous demeanor, for example.

At this point, the theatre might as well just give in and tell people it’s Ron Swanson. Just put a plate of bacon and a bottle of whiskey beside it and it’s ready to go. 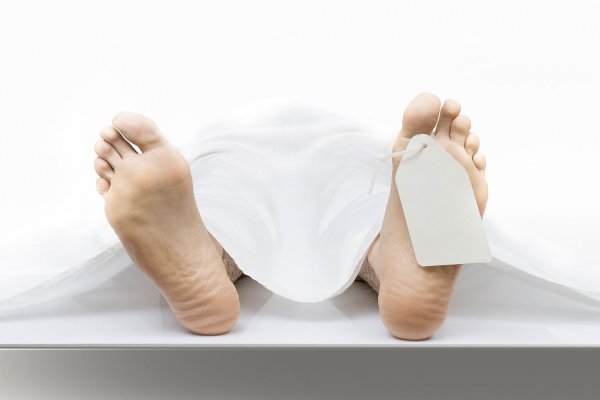 Body Falls Out of a Coroner's Car in the Middle of Traffic
Next Up: Editor's Pick