1 in 4 Americans Admit Doing No Exercise At All

The CDC released a new report Tuesday that looks at how states across the country support physical activity, revealing one in four people across the U.S. admit doing no voluntary exercise at all.

The research is intended to show how some states are much more active than others. But to really drill in the point, the CDC included a table that tracks the percentage of adults by state who participate in zero physical activity in their free time.

A total of 25.4 percent across the U.S. admitted making no time at all for leisure-time physical activity, according to the report. Just over half of those surveyed said they met the CDC’s 150-minute weekly guideline for aerobic activity.

The 10 states with the highest percentage of inactivity were as follows:

While some of the above numbers might look bad, all hope isn’t lost. The CDC’s report suggests strategies states can employ to encourage physical activity. Those include:

The CDC found that 27 states are tying to make the streets safer for pedestrians and cyclists with Complete Street policies to get people up and moving. 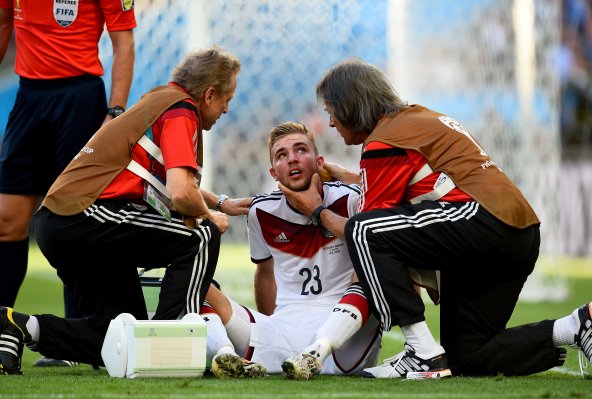 Athletes Should Not Play With Head Injuries, Say Doctors
Next Up: Editor's Pick