Thor Will Now Officially Be a Woman in Marvel Comics

From now on, the comic book character Thor will no longer be represented as a man in Marvel comics. ABC’s The View announced Tuesday that future stories will feature the god — not goddess — of thunder as a woman.

“This is not She-Thor,” senior writer Jason Aaron said in a Marvel release. “This is not Lady Thor. This is not Thorita. This is THOR. This is the THOR of the Marvel Universe. But it’s unlike any Thor we’ve ever seen before.”

According to an impressively comic jargon-filled tweet, the female depiction will still wield Thor’s weapon of choice:

Thor’s character was introduced in 1962.

According to a release by Marvel:

“The inscription on Thor’s hammer reads ‘Whosoever holds this hammer, if HE be worthy, shall possess the power of Thor.’ Well it’s time to update that inscription,” Marvel editor Wil Moss said in a release. “The new Thor continues Marvel’s proud tradition of strong female characters like Captain Marvel, Storm, Black Widow and more. And this new Thor isn’t a temporary female substitute – she’s now the one and only Thor, and she is worthy!”

Marvel said this would be its 8th title to star a female character. 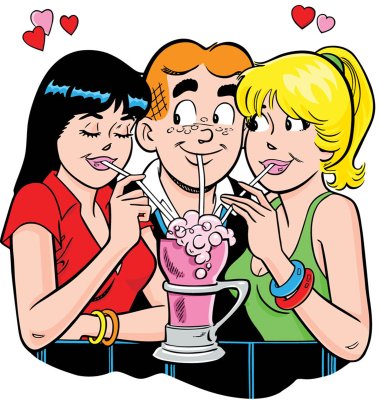 Archie Will Die Saving His Gay Best Friend
Next Up: Editor's Pick