Taking notes is one of the most important activities for a high school or college student, be it in class during lectures or at the library or home doing research.

Using a laptop to take notes has become common, but recent research shows that laptop note-taking is far less effective than taking notes by hand. And even when students don’t use their laptops to multitask during class (surfing the web and chatting on social networks), they don’t process and retain information as well as students who take their class notes by hand.

This effect doesn’t mean you have to give up the convenience of digital notes. With new digital pen tools and note apps, it’s possible to transform handwritten notes into text or make scribbled notes indexable and searchable.

Write directly on a tablet

A tablet with an active stylus allows you to write directly on the screen as if you were writing on paper. The tactile sensation isn’t quite the same, but the best pen-enabled tablets come very close and make writing comfortable with pen strokes that flow.

I recommend the Samsung Galaxy Note 10.1 2014 Edition because it comes with an active stylus and great palm rejection. You can rest your hand on the screen while taking notes and the Note will ignore it, only paying attention to your pen strokes. The S Pen glides across the screen at the speed of gel ink pens, feeling as close to pen and paper as you can get in this format.

The Note comes with one of the best note-taking apps for Android: S Note. It records pen strokes, translates handwriting to text, offers shape and formula matching to make notes cleaner and easier to read and syncs to Evernote.

I don’t recommend the iPad Air or iPad Mini for on-tablet note-taking. Since Apple’s tablets don’t have active styluses (meaning pen-detecting tech is not built in), palm rejection doesn’t work as well and only works in certain programs. If you want a Windows tablet, I suggest the Asus VivoTab Note 8, which runs full Windows 8.1, comes with Microsoft Office Home and Student and has an active stylus.

Take notes with a smartpen

Even the best pen-enabled tablets can’t exactly replicate the feel of pen on paper. If you prefer analog note-taking but want the benefits of digital notes, I recommend a smartpen. Smartpens utilize special paper to record pen strokes and, in some cases, audio that is linked to the pen strokes.

The best smartpen for iPad and iPhone owners is the Livescribe 3. It’s about the size and weight of an executive pen and connects to the tablet or phone via Bluetooth. As you take notes on Livescribe paper (available in notebooks, as sticky notes or self-printable paper), they automatically and instantly sync to the Livescribe+ app.

In Livescribe+, you can organize notes by class, project or any other way you like, transforming handwriting into written text with impressive accuracy. Livescribe+ notes sync with Evernote and OneNote, updating automatically when you add new information. Evernote also recognizes handwriting and indexes it as text, making it even easier to search for keywords later.

Livescribe+ can record audio (using the iPad or iPhone mics) synced with pen strokes to create what’s called a pencast. In a pencast, you can click on a note, drawing or any other pen stroke to play the audio the app recorded at that moment. Don’t worry about writing down every single thing your professor says during class, just the gist; the pencast feature lets you access the exact words.

Livescribe+ is not available for Android or Windows right now. If you use either of those platforms, the Livescribe Sky Smartpen is a good choice. This pen sends the digital version of your notes directly to Evernote wirelessly. It also has the ability to create pencasts, recording your writing and the audio all on its own.

Capture notes with your smartphone camera

Another digital note-taking option is to use whatever pen and notebook you prefer (some of us are sticklers for certain kinds, I know), then make them digital with Evernote’s Page Camera feature. Page Camera is designed for capturing notebook pages and handwriting. Though there are special Moleskine notebooks made for Evernote, you can use any notebook or loose paper you like.

Evernote saves the captures as images you can access in any of the apps — Android, iOS, Windows or web. The service uses OCR (optical character recognition) and handwriting recognition to index the words in captured notes and index them for search. Accuracy isn’t as good as with digital pens or writing on a tablet screen, but I have found it surprisingly effective even without neat handwriting. To get best results, buy the StandScan Pro scanning box or build a smartphone scanner stand.

You can add Page Captures to any note in Evernote, including existing ones, keeping your notes and the audio of a lecture together in one note. It’s not as convenient as a pencast, but at least everything is in one place. 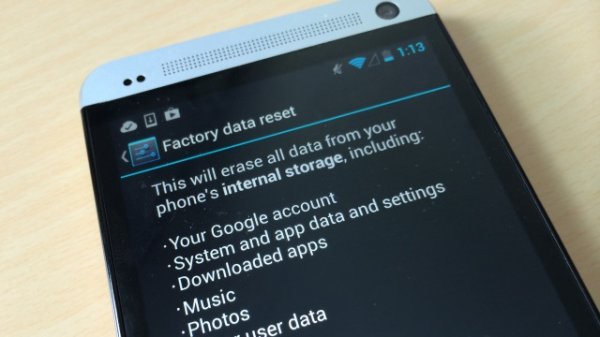 Video: How to Properly Delete Your Android Phone or Tablet Data
Next Up: Editor's Pick