A gutsy survivor of the Boston Marathon bombings is to receive the silver-screen treatment with a film in the works about his remarkable story.

Jeff Bauman lost both his legs to the twin explosions while he was waiting for his girlfriend to complete the race. He penned a book, Stronger, about what occurred that fateful day and his long road to recovery.

According to the Hollywood Reporter, Lionsgate won the deal to develop the picture and brought in Mandeville Films to produce. The project will be an adaptation of Bauman’s book, which he wrote alongside best-selling co-author Bret Whitter.

Three big names who worked on the Oscar-nominated feature The Fighter — Todd Lieberman, David Hoberman and Scott Silver — are producing the film, and actor John Pollono will take on writing the adaptation in his first feature-length project.

Three people were killed and more than 260 were injured when two pressure-cooker bombs exploded just seconds apart from each other as scores of runners were crossing the finishing line in Boston on April 15, 2013.

A manhunt ensued for suspect Dzhokhar Tsarnaev and he was apprehended four days later. His brother and fellow suspect Tamerlan was killed in a shootout with police. 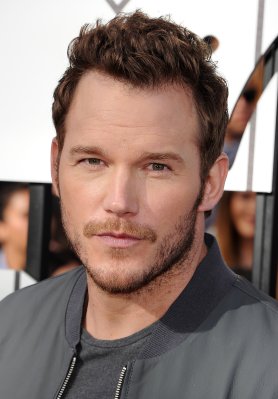 Chris Pratt Was Turned Down for Roles in Star Trek and Avatar
Next Up: Editor's Pick