Honduran Children Deported From U.S. Back to World's 'Most Violent City'

Twenty-one Honduran children and 17 mothers deported from the U.S. landed in San Pedro Sula on Monday — reportedly the most murderous city in the world — to be greeted with balloons and smiles from Honduras’ First Lady.

“These are people coming home with a broken heart and a broken dream,” Ana García de Hernández told a throng of reporters and cameramen pushing at a barricade as the deportees were given food. “We have to give them the best welcome we can.”

Children have been deported before from the U.S. to Central America, although usually seated more discreetly on commercial flights. But the plane that landed on Monday from New Mexico was the first flight entirely made up of women and children deportees to be sent to this impoverished Central American country, Honduran officials said. García said it would be one of dozens of such flights chartered by U.S. Immigration and Customs Enforcement in the coming weeks, delivering deportees not only to Honduras but also El Salvador, Guatemala and parts of the region.

Tens of thousands of Central American minors have made the hazardous journey to the U.S. by themselves, in the hope of forming an immigration foothold for their families. Because U.S. border facilities are so overwhelmed, authorities often release children into the care of relatives already in the country. The largest number comes from Honduras, a mountainous land of sprawling banana plantations that has become the deadliest country in the world outside a war zone. In 2012, it suffered 90 killings per 100,000 people. While poverty has long been a driver of emigration, many children cite the violence as the reason they flee.

However, with these chartered flights the new attitude from Washington is clear: children should no longer come because they will not be allowed to stay.

“These deportation flights send a message to people and families in Central America, but also they send a message that the governments should listen to,” says Héctor Espinal, the Honduras spokesman for the UNICEF, which is overseeing the reception of deportees. “The message is that governments should do what they need to do to stop the violent conditions that are making these children leave.”

Exactly how to stop the violence in Honduras is a subject of much debate. Many murders are carried out by two major gangs, each with thousands of members — the Mara Salvatrucha and Barrio 18. Surviving military crackdowns and anti-gang laws, they have grown into transnational criminal organizations capable of shaking down businesses large and small. Adding to the bloodshed, drug cartels from Mexico and Colombia use Honduras as a staging point to move cocaine north to the profitable U.S. market.

“We have been having a frank conversation with U.S. Congressmen, and we accept that a cause of much of this emigration is the violence. The 30 most violent municipalities in Honduras are also the municipalities with most unaccompanied minors leaving, and these are places that have been hit by drug trafficking,” García said. “Drug trafficking starts in South America, unfortunately passes through our country and continues to the United States. We have spoken about the need for integral support to solve this problem. My husband, the President, has spoken about the need to implement in Honduras what they implemented in Colombia and in Mexico.”

Any improvement however, will take time — and in the meantime, many are desperate. Coming out of the deportation-processing center after arriving on another flight, 20-year-old Wilson Hernandez said he was concerned about going back to his home in the Pradera del Sur neighborhood of San Pedro Sula.

“It is a brutal place. There are gang members with rifles and grenades. I am scared to go out of my house a lot of the time,” says Hernandez, who was caught crossing into Texas.

In April and May, eight minors were murdered in Pradera del Sur. Police say they were killed by gang members, possibly because they refused to be recruited.

“This kind of violence makes kids want to run away. They just want to survive,” Hernandez says. “They can fly people home, but if this carries on they will still head north. Things have to change here.” 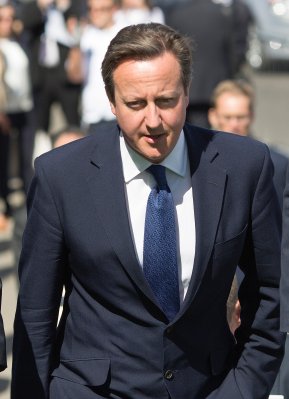