President Barack Obama reaffirmed Monday night that the U.S. stands by Israel’s right to defend itself from Hamas rockets, but said he is “encouraged” by a cease-fire proposal pushed by Egypt to de-escalate the situation in Israel and Gaza.

Speaking at an iftar dinner to mark the Muslim holy month of Ramadan, Obama acknowledged strong views and differences of opinion about the conflict, which has flared up over the past week.

“I will say very clearly, no country can accept rocket fired indiscriminately at citizens,” Obama told a group of Muslim-American leaders and the members of the diplomatic corps. “And so, we’ve been very clear that Israel has the right to defend itself against what I consider to be inexcusable attacks from Hamas.”

“At the same time, on top of the humanitarian crisis in Gaza that we’ve worked long and hard to alleviate, the death and injury of Palestinian civilians is a tragedy, which is why we’ve emphasized the need to protect civilians, regardless of who they are or where they live,” he continued.

Obama cautioned both sides against escalation, saying it would benefit no one, adding that the U.S. will continue to push for a return to the 2012 cease-fire. “We are encouraged that Egypt has made a proposal to accomplish this goal, which we hope can restore the calm that we’ve been seeking,” he said. The Israeli government’s security cabinet is expected to vote on the cease-fire proposal early Tuesday morning.

“The pictures we are seeing in Gaza and Israel are heart-wrenching,” Obama said.

The President also mentioned the separate crises in Syria and Iraq — both nations are terrorized by the Islamic State of Iraq and Greater Syria (ISIS), and the former also by forces loyal to embattled Syrian President Bashar Assad. “These are particularly difficult times in the Middle East,” he said.

Obama also alluded to reports that the U.S. is spying on Muslim-American leaders. The American-Arab Anti-Discrimination Committee boycotted the dinner and similar government events over “the government’s condoning of the current slaughter of Palestinians in Palestine and the spying of American Arabs and Muslims domestically.”

Without mentioning the reports directly, Obama appeared to address the issue. “Here at home, even as we’re vigilant in ensuring our security, we have to continue to remain true to our highest ideals,” he said. “In the United States of America, there is no place for false divisions between races and religions. We are all Americans, equal in rights and dignity, and no one should ever be targeted or disparaged because of their faith.” 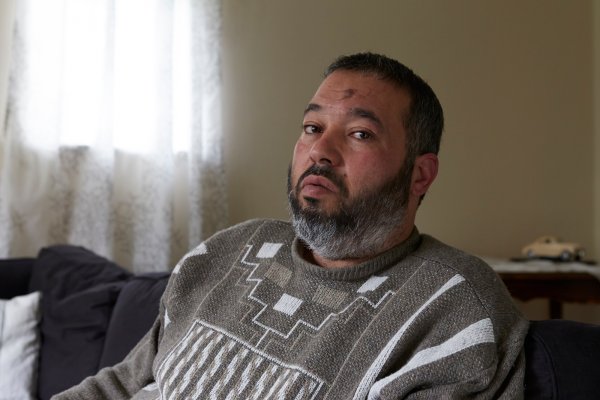