Tonya Pinkins, left, and Christopher Jackson during a performance of "Holler If Ya Hear Me," at the Palace Theatre in New York.
Joan Marcus—Boneau/Bryan-Brown/AP
By Nolan Feeney

Holler if Ya Hear Me, the Broadway musical inspired by the music and lyrics of the late rapper Tupac Shakur, will close July 20 following weeks of poor ticket sales and mixed reviews.

“It saddens me that due to the financial burdens of Broadway, I was unable to sustain this production longer in order to give it time to bloom on Broadway,” producer Eric L. Gold said in a statement. “Tupac’s urgent socially important insights and the audiences’ nightly rousing standing ovations deserve to be experienced by the world.”

Directed by Tony Award winner Kenny Leon, the show is one of the worst-selling musicals in recent years, the New York Times reports. The production grossed $154,948 last week — only 17% of what it could have earned.

The musical, which started previews on June 2 and officially opened June 19, played 38 performances and 17 preview shows.

Gold said he made a “rookie mistake by underestimating how much capital was necessary” to keep it afloat in a recent interview with Variety, where he also warned in the past that if the musical failed, it could become difficult for hip-hop and rap to find a home on Broadway. 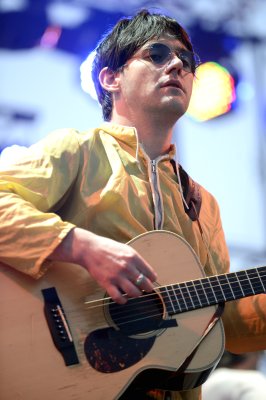 Conor Oberst's Rape Accuser Made Story Up
Next Up: Editor's Pick