REVIEW: In the 24: Live Another Day Finale, Jack Bauer Feels Our Pain Again

Spoilers for the 24: Live Another Day finale below:

The finale of 24: Live Another Day finally got down to business. No, I don’t mean the return of Cheng Zhi or the drone-override-device-threat by way of Catelyn Stark. (Incidentally, if you watched the first episodes of LAD and guessed, “I bet this all ends in a near-war with China,” you win the pool.) This being 24, those inconveniences were always going to be handled. But the final episode, “10:00 p.m. – 11:00 a.m.”–not a typo and more on that in a moment–movingly executed (so to speak) the real purpose of a 24 finale: making Jack Bauer suffer.

As I wrote in my season-opener review of this revival, suffering and sacrificing has always been Bauer’s ultimate job on 24, more so than saving the country. He may kill bad guys ingeniously, he may be help the President survive a drone-missile strike through, essentially, a video editing trick–but Bauer’s real service after 9/11 and for years beyond has been to take on himself the psychic pain of being a nation at war. It’s not enough that he save us, he must lose as well–lose his wife, his friends, his country’s trust and loyalty. He’s not just an action figure but America’s pin-bestudded emotional voodoo doll.

And while I would not have predicted that the franchise could have this kind of power after more than a dozen years, damned if this finale didn’t deliver. As usual, Kiefer Sutherland deserves much of the credit; 24 hurtles along on such a rocket engine of silliness that if it hadn’t cast someone capable of being emotionally believable in the midst of it, it would be a far worse show.

Bauer’s reaction to hearing about the death of his once-lover, Audrey, was a classic example–maybe one of Sutherland’s finest moments in the series. First, he does–well, almost nothing. 24 is so breakneck (literally and figuratively) that simply seeing someone stilled for a moment is a powerful image. He lowers the phone, slowly. He looks… old. Spent. Empty. He unstraps his rifle, as if, finally, he’s given up. You see the emotion flicker across his face–heartbreak, then rage. Then he rises, screaming and–well, people will get shot and impaled and finally decapitated execution-style, but the real fireworks just happened right there, right on Jack’s face.

First the suffering, then the sacrifice. The time jump, rumored to be coming at some point in this 12-hour season, finally arrives just before the end of the hour, and it’s effective, if for no other reason than, for once, we’re able to see characters after having a few hours to process the events of a finale. LAD doesn’t go easy on us; there’s little uplift or hope in President Heller’s final words, unless you count the fact that, thanks to Alzheimer’s, he knows he will soon forget this terrible day. For now, though, he knows both that his daughter has died, and that soon so will his memory of her.

Audrey is a love from Jack’s past, but the season has returned time and again to his longest, most important relationship in the series–his friendship with Chloe. They’ve worked together, taken turns saving each other, but more than that they share the bond of comrades who, given the life they’ve chosen, can never expect any kind of normalcy. He tells her that she’s his “best friend”; earlier she tells him that she’s “the only friend you have left.” And even if those lines are straight out of the action-movie phrasebook, they’re moving nonetheless: each of them is the only one who has any idea what it’s like to be the other.

I wouldn’t say that LAD was a classic of modern TV; over its dozen hours, it indulged in plenty of the plot zig-zagging that 24 wore out during its regular-series run. But emotionally? As Jack gave himself up once again, boarding that helicopter to Russia, I had to admit: damned if Bauer hadn’t pulled it off once again.

In the episode’s final moments, Jack’s captor said that he won’t like it in Moscow and I have no doubt that’s true. But I hope he stays a while anyway. Taking some time off now and then seems to do him good. 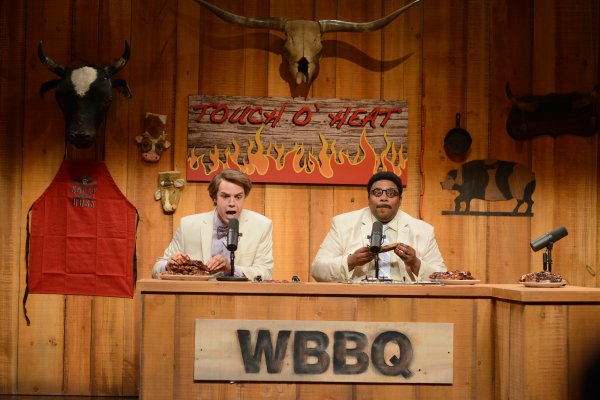