“Weird Al” Yankovic was parodying pop music long before everyone had YouTube at their disposal, so for his spin on Pharrell Williams’ Oscar-nominated hit “Happy,” he relies on something your average Internet video star doesn’t have: celebrity cameos.

Jack Black, Eric Stonestreet, Margaret Cho, Kristen Schaal and Aisha Tyler all don some garish get-ups in “Tacky,” a track from Yankovic’s 14th studio album, Mandatory Fun (out tomorrow), and run through some behaviors you’ve hopefully had the good sense to never attempt: live-tweeting funerals, twerking in the DMV and the most shudder-inducing of all, printing your resume in Comic Sans. 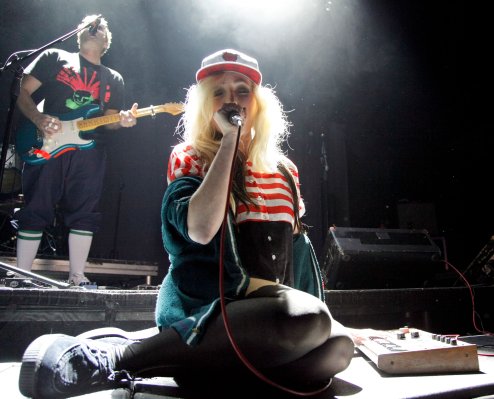 The Ting Tings' New Video Is the Latest Sad Pop Song With a Killer Dance Routine
Next Up: Editor's Pick