There are a few surprises on the Consumer Reports’ list this year of the best fast food restaurants in America – and a few names that are not that well known nationally.

The bottom line is that whether we’re aiming to eat pizza, burgers, chicken or grilled sandwiches, Americans want a lot more than just food on the cheap when we eat out. We care about the quality and freshness of our food; we care about the quality of the service we receive. These priorities when choosing a destination for grabbing a quick bite emerged in Consumer Reports’ most recent ranking of our nation’s fast food restaurants.

The magazine asked more than 32,000 readers – who ate more than 96,000 meals at 65 chains – what they thought. The less ubiquitous fast food restaurants and the regional ones were the most popular with diners.

Respondents looked at five criteria to rank each chain: food quality and freshness, value, politeness, speed of service, and cleanliness of the dining area. Based on these criteria, they had to come up with a grade out of 100.

The top winner: In-N-Out Burger, which has a cult following of fans from across the country. Its restaurants are only available in a handful of states, mostly on the West Coast, which means that for many Americans, vacationing in California often includes paying a visit to an In-N-Out Burger restaurant.

Other names that made the list of the best fast food restaurants include Chick-fil-A and Potbelly Sandwich Shop, but most of the other chains on the list aren’t that well known.

Started in Wisconsin in the 1980s, Culver’s, which offers fresh frozen custard and burgers, is still predominantly in the Midwest but has also expanded into Texas. Culver’s also features its own brand of root beer. Politeness of its staffs and dining-area cleanliness were among its highlights.

Rubio’s, which was founded in California in the 1980s, offers Mexican food using fresh sustainable seafood with an emphasis on tacos. The company operates 190 locations in California, Arizona, Utah, Colorado and Nevada. Noteworthy for Rubio’s: quality of the food, its staffs’ politeness, and cleanliness of dining areas.

Another fast food chain that specializes in subs, Potbelly, which was founded in Chicago in 1977, has locations in 23 states. It often has local musicians performing live at a Potbelly Sandwich Shop – whose staffs’ politeness helped it earn this spot on the list.

Founded just 20 years ago in Jacksonville, Florida, by former firefighters, Firehouse Subs specializes in hot subs and also offers subs and salads under 500 calories. It has more than 700 restaurants in 36 states. It earned this spot on the list because of its staffs’ politeness and the cleanliness of its dining areas.

Chick-fil-A, which is headquartered in Atlanta and specializes in chicken sandwiches, made the news three years ago because of its opposition to same-sex marriage legislation – but it also made the Consumer Reports list of the best fast food restaurants in America for the quality of its food and of its service.

Founded in Texas in 1976, Jason’s Deli offers a deli-style menu with sandwiches, salads and soups. It boasts 240 locations across 28 states. In the last decade, the company has eliminated trans fats, high fructose corn syrup and MSG from all of its food. It rated highly for its food quality, politeness of its staff, and the cleanliness of its dining areas.

The Habit Burger Grill was started in California in 1969 and like In-N-Out Burger, it has remained on the small side, with only 100 locations in California, Arizona and Utah. Food quality, politeness of staff, and cleanliness all rated high for this restaurant.

Portillo’s specializes in Chicago-style hot dogs and sandwiches. It has less than 50 locations, mostly in the Chicago area, as well as in Arizona and California, but you can order some items online. Like the other winners on this list, its food quality, politeness of staff, and cleanliness of its dining areas stood out.

Papa Murphy’s, which ranks as the best pizza fast food restaurant in the country in this list, is actually a take-and-bake pizzeria. Customers order their pizza in the store but take it home to bake, reducing the restaurant’s costs significantly. The company, which has more than 1,400 locations in the U.S., went public in May, and is noted for the quality of its food, politeness of its staff, and the speed of its service.

One of the cruelest April Fool’s jokes to New Yorkers a few years ago was the announcement by an anonymous prankster that In-N-Out Burger was going to open a location in the Big Apple. The top burger chain in the country, however, actually wants to remain small and confines itself to the West Coast. The quality of its food helped it win this highly coveted spot. 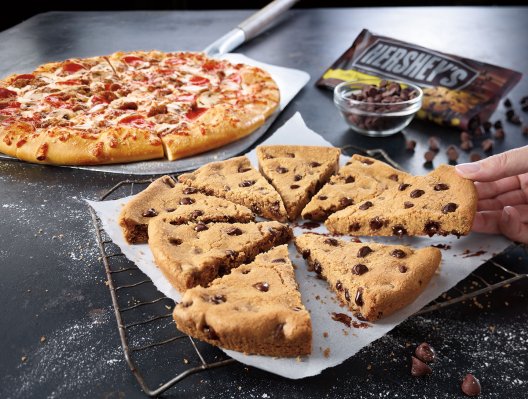