You might think that on a high-intensity stressful day would cause you to burn more calories, but research shows you’d likely be wrong.

Women who ate a high-fat meal after they were stressed burned calories more slowly, according to a new study.

Our bodies metabolize slower under stress, but the types of food we crave when we are stressed or depressed tend to be very high in fat and sugar. New research published in the journal Biological Psychiatry suggests how that combination of factors could result in significant weight gain.

Researchers from Ohio State University’s Wexner Medical Center interviewed 58 women about stressors they experienced the day before, such as arguments with spouses or trouble with kids, before giving them a meal of eggs, turkey sausage, biscuits and gravy containing 930 calories and 60 grams of fat.

The women then wore masks which were able to measure their metabolism by calculating inhaled and exhaled airflow of oxygen and carbon dioxide. The researchers also measured the women’s blood sugar, triglycerides (cholesterol), insulin and the stress hormone cortisol.

The researchers found that women who reported being stressed out during the prior 24 hours burned 104 fewer calories than the women who were not stressed. That effect could add up to 11 extra pounds gained over a year of stress-eating, they concluded.

The women who were stressed had higher levels of insulin, which contributes to how the body stores fat, and can slow down the process of metabolizing calories into energy. If fat is not burned, it’s stored on the body. Previous research shows a similar effect in men.

It’s important to note that while stress can lead to overeating, that is not what this research showed. The women in the study were fed high-fat meals as part of the design of the study; they did not choose those foods on their own. Regardless, this adds to a large body of research suggesting the importance of reducing stress and adhering to a healthy diet. 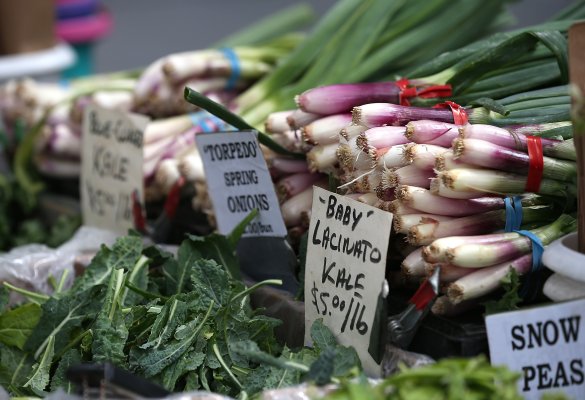 People Don't Know What "Organic" and "Local" Mean
Next Up: Editor's Pick