Eight people have been killed in a series of rocket attacks targeting security forces in northeast Egypt near the border with Israel.

Reuters reports that the attacks were carried out by Islamist forces in the Sinai peninsula, a region of Egypt that is home to many militant groups.

The Egyptian military has been cracking down on these groups since it ousted the country’s former President Mohamed Morsi just over a year ago.

Morsi had strong ties to fundamentalist groups like the Muslim Brotherhood, and his overthrow has prompted backlashes against security targets.

The latest attack in Sinai hit the city of al-Arish. The first rocket apparently missed its goal of a large security compound, according to Reuters, and instead fell on a crowded supermarket, killing seven people and injuring 25.

Another pair of rockets then reached a security target and killed one official, injuring seven other people. 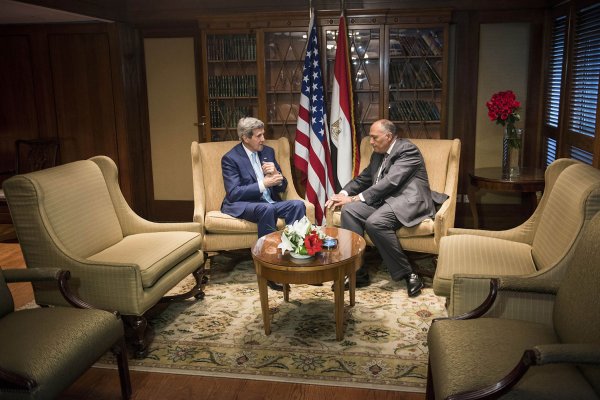