The Secret Lives of Juggalos

To outsiders, the scene that played out last week in Detroit presented an image so preposterous it seemed to belong in the hyperbolic realm of satire rather than real life. Two middle-age men in clown make-up, individually known as Violent J and Shaggy 2 Dope and collectively known as Insane Clown Posse, sat politely while Michael J. Steinberg, the suit-clad legal director of the Michigan A.C.L.U, announced to reporters that it would be suing the F.B.I for classifying Insane Clown Posse’s fan base, known as Juggalos, as a “loosely organized hybrid gang” and violating their constitutional rights to expression and association in the process.

Entertainers who promenade publicly as sinister clowns do not generally take legal action against powerful law enforcement agencies. Yet within the context of Insane Clown Posse’s career, it was a savvy and characteristic move, morally, professionally and commercially.

Insane Clown Posse is a unique group. No major American musical act has a fanbase more devoted or publicly reviled, or such an unusual set of rituals, from the popular greeting of “Whoop Whoop!” to the group’s habit of spraying fans with off-brand soda Faygo during its wildly theatrical concerts.

Yet Insane Clown Posse is subject to the same trends as the rest of the music industry. Insane Clown Posse regularly went gold and platinum in the 1990s, but its most recent album, according to The New York Times, 2012’s The Mighty Death Pop sold less than one hundred thousand albums. Like seemingly everyone else in pop music, the group isn’t making money from albums or radio play so it is forced to look for alternate revenue streams, including a Fuse television show called Insane Clown Posse Theater and its extraordinarily successful clothing line, Hatchet Gear.

Insane Clown Posse will likely never go gold again but they have two huge overlapping assets commercially: an intensely devoted and public fan base and merchandise sales. At a 2010 Halloween Insane Clown Posse concert in Detroit I attended while researching my book on musical subcultures You Don’t Know Me But You Don’t Like Me, I was surprised to find the line for the bar next to the venue exceedingly short and the lines for the merchandise table exceedingly long.

I shouldn’t have been surprised, since t-shirts and hoodies and jackets emblazoned with the group’s “Hatchetman” logo are the instruments Juggalos use to broadcast their status as Juggalos to an often hostile world. Loving the music of Insane Clown Posse makes someone a Juggalo but they’ll need a shirt, jacket or tattoo with Insane Clown Posse imagery to let the world know that, in the parlance, they’re “down with the clown.”

The older Juggalos that I spoke with while researching my book even had a derisive nickname for younger fans they felt were into Insane Clown Posse for the merchandise, partying and notoriety rather than the music or the group’s message: Merchalos.

The gang designation directly attacks Insane Clown Posse’s two biggest commercial assets. It essentially criminalizes a form of fandom and makes the very merchandise that is the lifeblood of Insane Clown Posse’s business grounds for cops to pull cars over or frisk people. The gang designation makes people who sport Insane Clown Posse merchandise targets for law enforcement, and that has done awful things for both the lives of Juggalos and the group’s bottom line. In the press conference announcing the ACLU’s move, Violent J conceded that merchandise sales “are just about cut in half” following the FBI’s intense interest in their fans over the past few years.

The FBI labeling Juggalos as a gang has been bad for Insane Clown Posse’s commerce but that is far from the only setback it has suffered as of late.

Attendance at the group’s notorious annual “Gathering Of The Juggalos” is way down from previous years. The event has been forced to change locations following a flurry of lawsuits from unpaid vendors following last year’s event and Insane Clown Posse’s label Psychopathic was recently sued for sexual harassment by its former publicist. As if all that wasn’t enough, Insane Clown Posse’s proteges Twiztid, the second most popular act on Psychopathic, recently left the label.

The lawsuit is a brilliant public relations move to shift the narrative from the group’s professional troubles to its legal advocacy on behalf of its fans, spinning the group and its followers into a David versus Goliath struggle against a corrupt authority.

Insane Clown Posse has always been about standing up for the underdog and erasing the boundaries between fans and stars. While hip hop has often extolled materialism, Insane Clown Posse glorified being poor and reviled and outside the mainstream. Where other rappers bragged about a lifestyle far beyond the means of all but the chosen few, Insane Clown Posse rapped about the kinds of simple pleasures seemingly anyone could afford.

By legally taking on the F.B.I with the help of the A.C.L.U, Insane Clown Posse is putting legal muscle and money behind its longstanding solidarity and affiliation with the largely poor and ostracized underclass that constitutes its imperiled fan base.

The genius of Insane Clown Posse’s move is that it does not need to succeed legally to have positive consequences. Regardless of the eventual outcome of the legal wrangling, the case has already generated priceless positive publicity for a group skilled in the art of public relations and it has helped cement the impregnable bond between the group and its fans. Just by taking a righteous stand, these sly clowns have already scored a substantial symbolic victory.

Nathan Rabin is a staff writer for The Dissolve and the author of You Don’t Know Me But You Don’t Like Me: My Misadventures With Two Of Music’s Most Maligned Tribes, a book about musical subcultures that focusses on the fans of Insane Clown Posse and Phish. 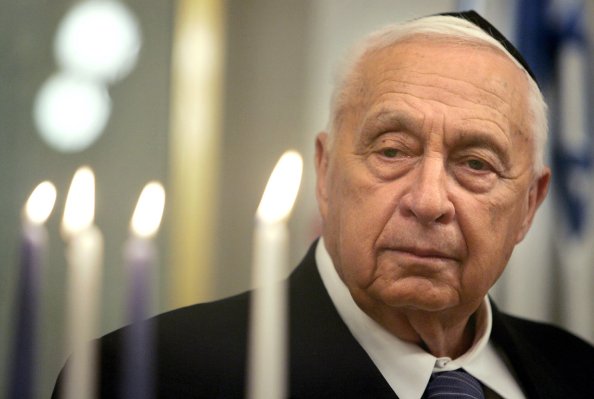 To My Father, Ariel Sharon
Next Up: Editor's Pick